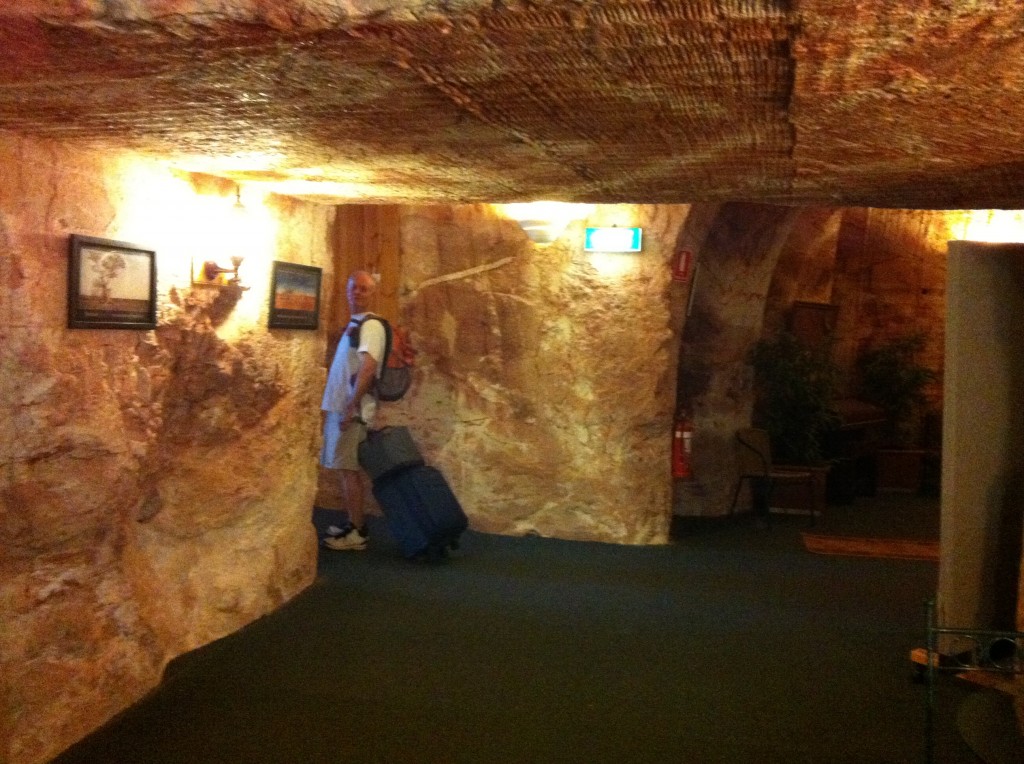 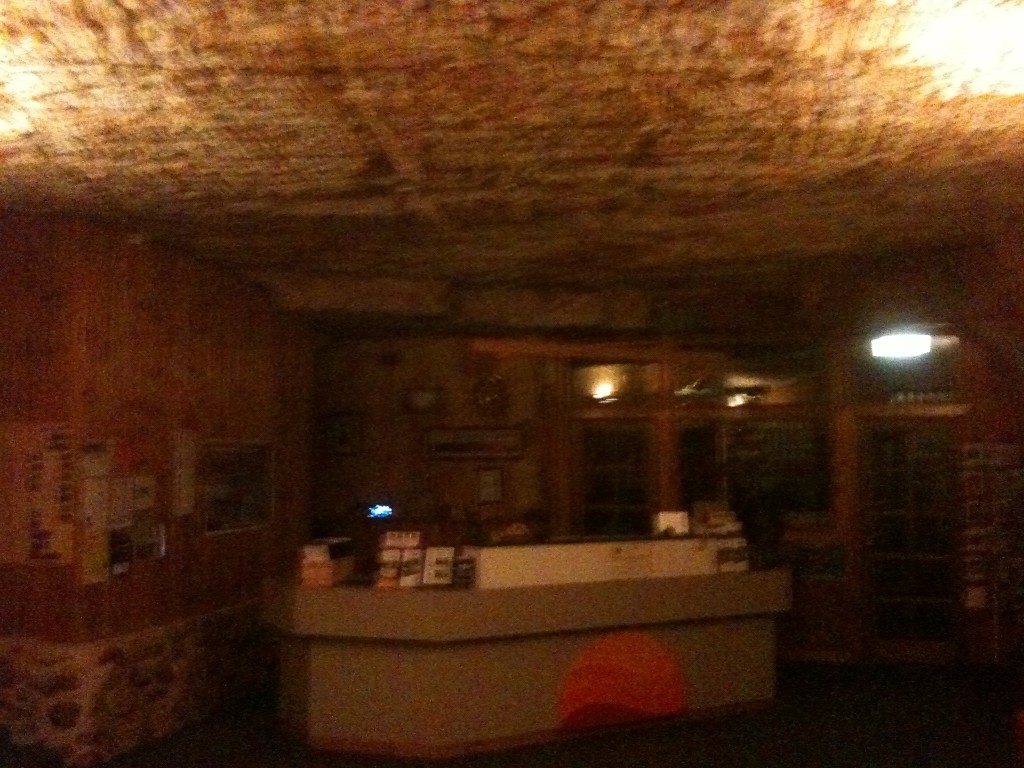 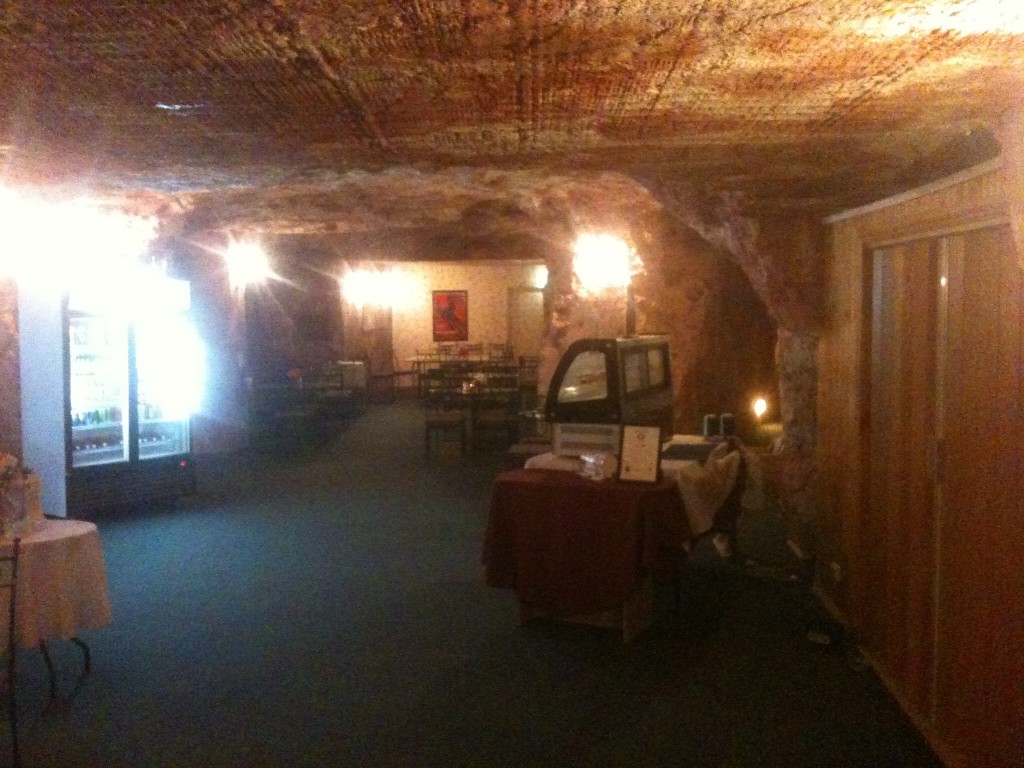 I told you Coober Pedy is an odd town, but this should confirm that opinion. Much of the town is located underground in abandoned opal mines. For example, this is our hotel, which was the highest rated one on TripAdvisor.com.

Don’t get me wrong, it’s not just an abandoned mine shaft. They’ve gone in and cut out rooms and hallways and squared off the edges to make the rooms look like rooms, and they’ve shellacked the walls and floors and ceiling so that there’s no dust.

There are still veins of opals running through the walls, but they’ve covered them with sheets of plexiglass so you can still see, but can’t touch them. They actually warned us not to do any digging in our room and said they’d know if we tried because all the sounds are magnified through the walls.

It’s really kind of cool. And I mean that both figuratively and literally. It’s a constant 68 degrees underground day and night, winter and summer. And that’s a big improvement over the scorching temps that you’d face outside in the summer.