I doubt if most Americans could find Sri Lanka on a map. If you’re one who can’t, you should learn, because it’s a remarkably beautiful country — by far our favorite of the five countries we’ve visited so far. In fact, we’re already talking about coming back again because we know we just scratched the surface here.

We’ve shown you lots of beautiful photos of the highlands and tea plantations and safari country, but we’ve been remiss in not showing more of Colombo, Sri Lanka’s capital and largest city.

We saw the worst parts of the city during our taxi ride from the airport to the beautiful Hilton Residences. Luckily, we took a half a day tour of the city by tuk tuk. Otherwise, we never would have seen half the beauty Colombo has to offer.

This is the view from our room. That’s the Lotus Tower being built across the Biera Lake. It’s 1150 feet high now and won’t be complete until it’s another 300 feet higher. 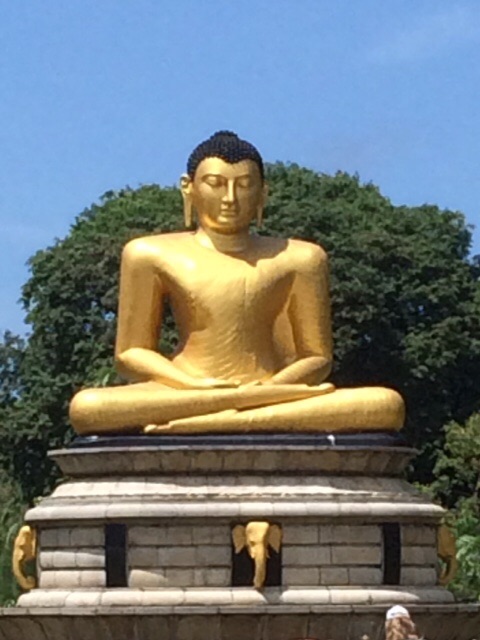 The Golden Buddha in Victoria Park. We always try to take photos of Buddhist things so we can report back to our Buddhist friend Ritchie. 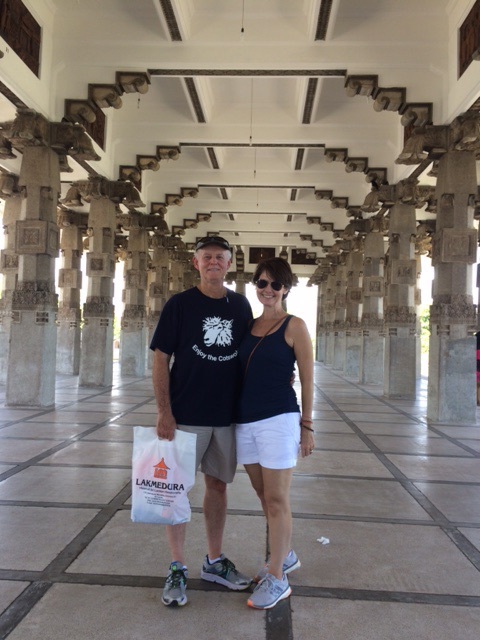 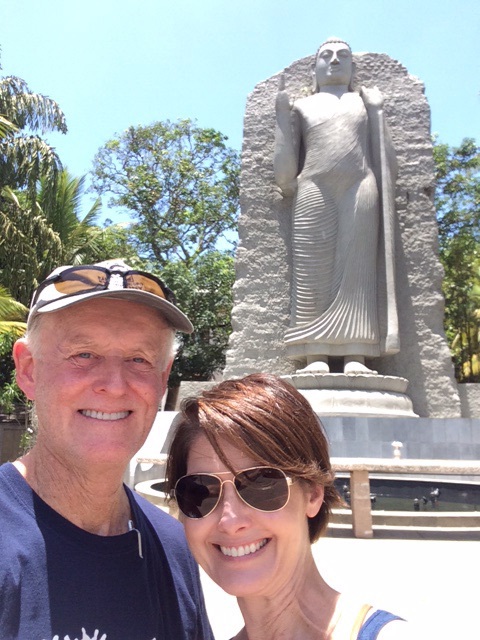 Jim and Jamie standing with the Standing Buddha Statue at the Kotikawatte Temple.

Vilmer assured us that Colombo has beautiful beaches when it’s not high tide.

Now let’s get to the three most beautiful parts of Sri Lanka: 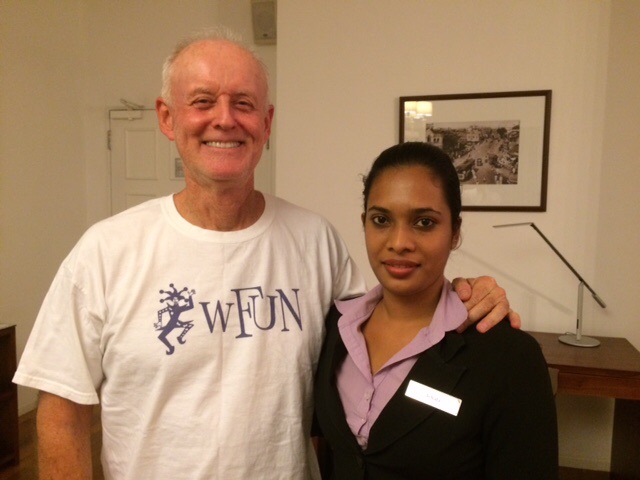 This is Achala, the guest relations director at the Hilton Residences. I drove her crazy with questions and requests for months, yet she greeted us with a huge smile on her face. I know she drove across town to pick up our tickets for the Rajadhani Express, and I suspect that she may have had something to do with the fact that we got an oversized room with an incredible view. Thanks, Achala. 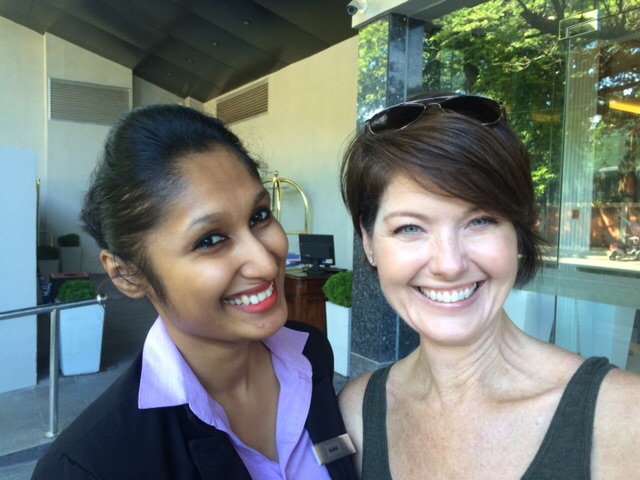 This is Yoshini, who answered all our questions at the front desk. She was almost perfect (the only thing standing between her and perfection was that she told Jamie where all of Colombo’s best shopping centers could be found). 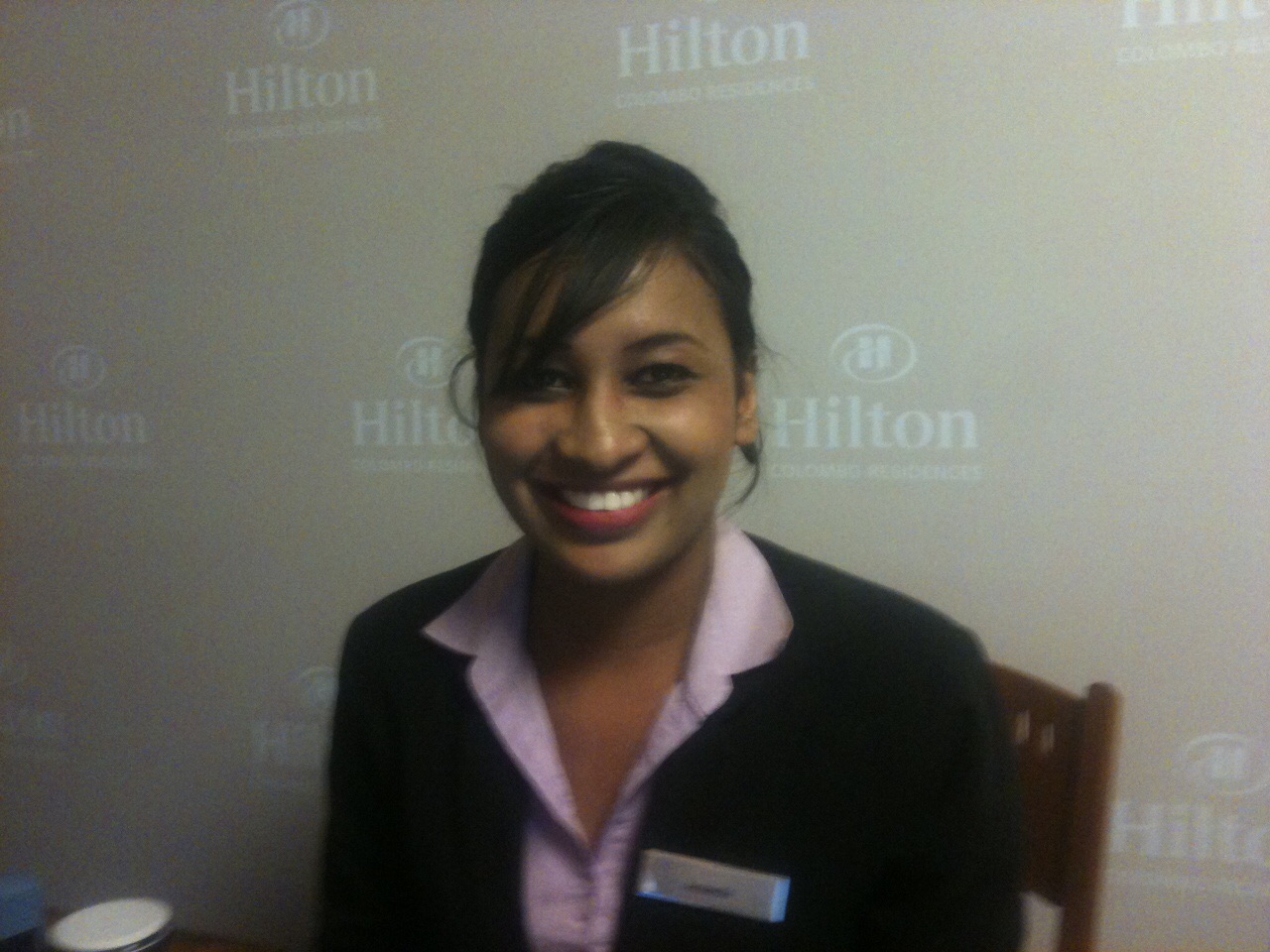 Finally, here’s Amanda, who works the front desk at the Hilton. She did everything we asked and never lost that beautiful smile. And she tried to give us a free trip to the airport.