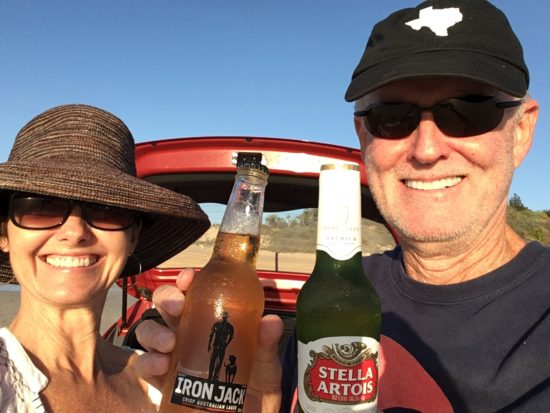 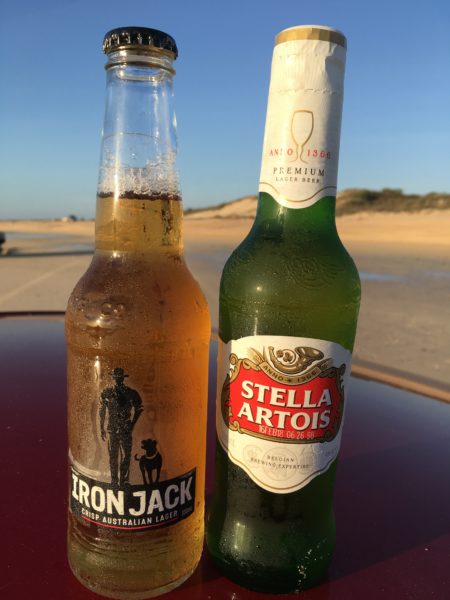 We had to laugh when we saw two different brands of beer sitting side-by-side in a cooler in our local “bottle shop” (what Americans would call a liquor store).

Our godson is named Jack. His sister is named Stella. So we had to buy one bottle of Iron Jack and another bottle of Stella Artois, and take them down to Cable Beach to watch the sun go down.

So far we have not found any beers named after god daughters Tatum, Avery or Kendal, but we’ll keep our eyes open.