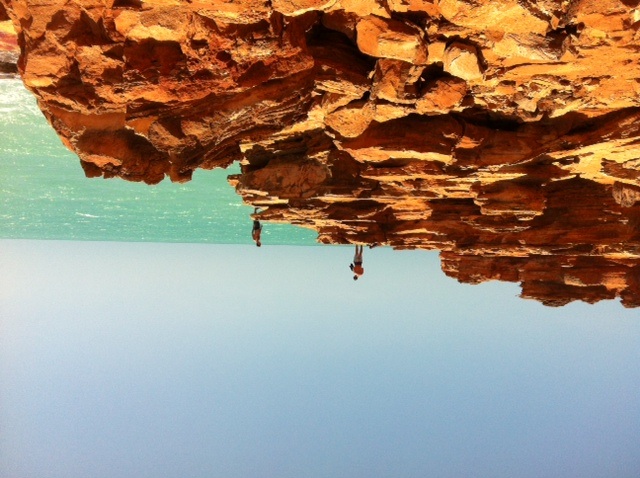 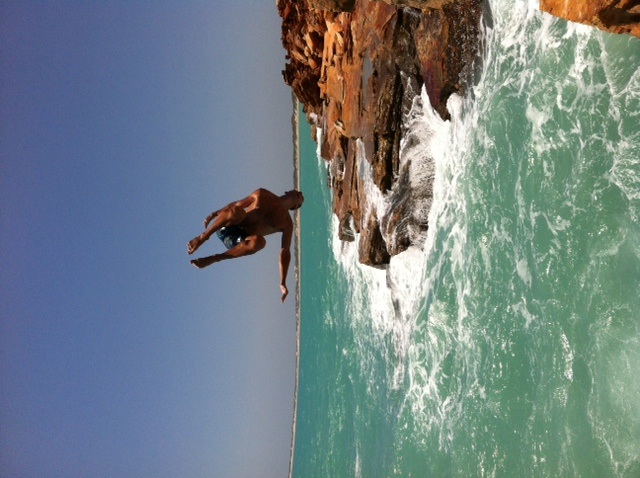 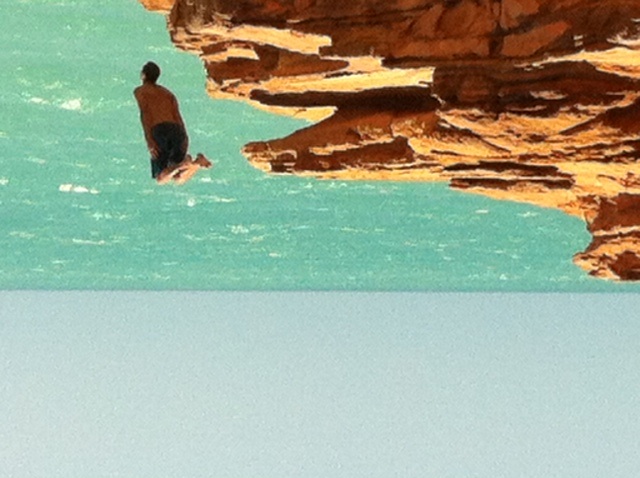 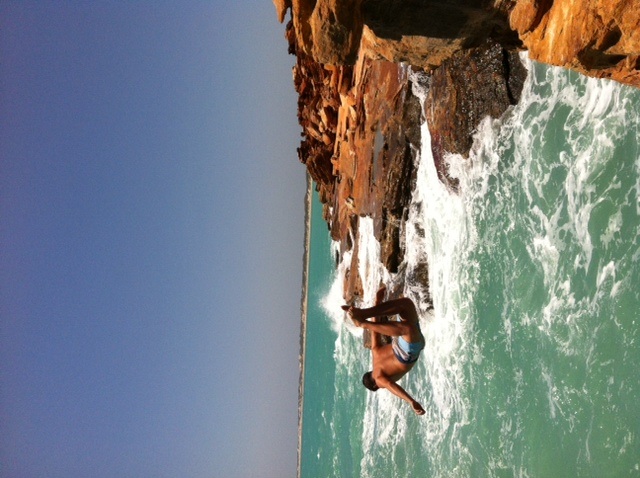 We went out to Gantheaume Point to take photos of the spot where red dirt, white sand and blue ocean come together. We walked to the edge of a strange rock formation to look down at the ocean and were very surprised to see two guys diving off the cliffs.

I, of course, walked over to talk to them and find out if they were certified lunatics or just ordinary street variety lunatics.

They said that if we had come by on Sunday instead of Tuesday we would have seen about 60 people, including a four year old kid, diving off the cliff. They also said that it’s only safe to dive about 45 minutes each side of high tide.