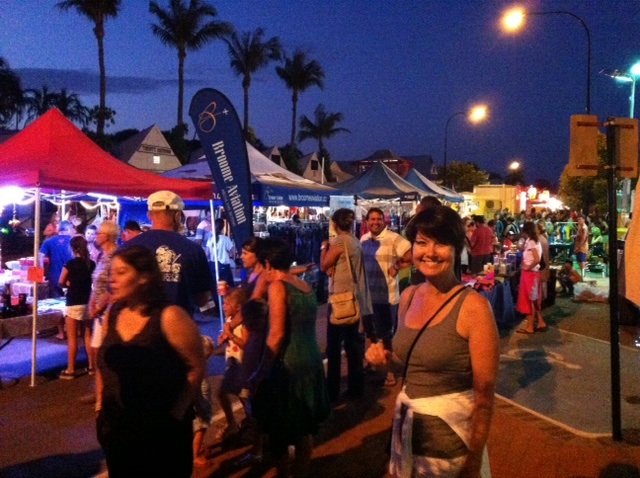 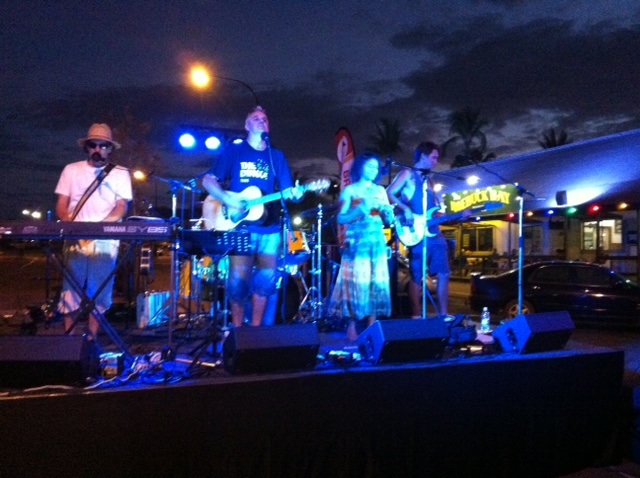 I used to love Maui so much that I thought I’d retire there but that dream ended when the island began turning into a smaller version of Waikiki. Too much traffic, too many tourists, too many condos, and the last straw for me, a Costco. I missed the small town Maui that I loved so much on my first visit.

That explains why we love Broome. It’s a small town (population 16,000) out in the middle of nowhere that looks and feels just like Lahaina looked and felt 30 years ago. But because it’s so far off the beaten track, I think it will stay this way as long as I’m around to see it.

Tonight we went to Broome’s Sunday night market. The main street was closed down and vendors moved in to sell their wares. There were exotic foods, hand-made jewelry and clothing, funky longhaired artists, and everything else you’d expect to find at a tropical market.

A cool band was playing down at one end of the street, right outside the gritty bar where all the local guys hang out. Giant fruit bats were swooping overhead. Warm tropical breezes were wafting. And everyone had smiles on their faces.

And to top it all off, a drunken old aborigine woman came over and held hands with me after telling me that the young guitar player in the band was her boyfriend.

Maybe he is, but I still think I have a shot.