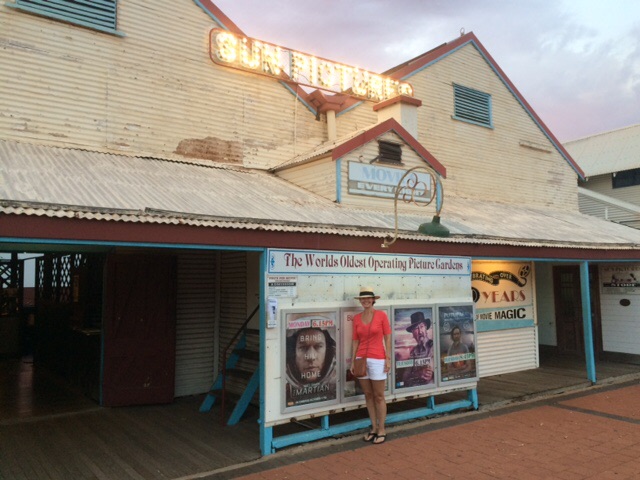 Here’s Jamie standing in front of Sun Pictures, also known as Sun Picture Gardens, the only movie theater in Broome. It’s been showing movies since 1916, which makes it the world’s oldest operating outdoor movie garden.

What’s an outdoor movie garden? Well, from the outside, it doesn’t look much different than any theater, but it’s a whole different story once you walk through the door and purchase your tickets.

Once you’re inside, you’re actually outside because there’s no roof. We chose a couple canvas deck chairs, sat down, and watched our movie with giant bats swooping overhead and geckos crawling across the screen. (Bats weren’t the only thing flying overhead — airliners occasionally roar right over the theater as they make their approach to the airport, which is only about three blocks away.) 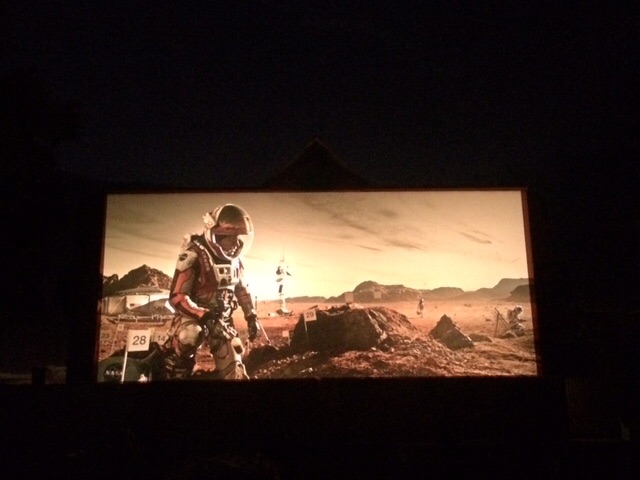 We saw The Martian. which was a great adventure film, but the coolest thing was that Mars rose above the screen as we watched the movie.