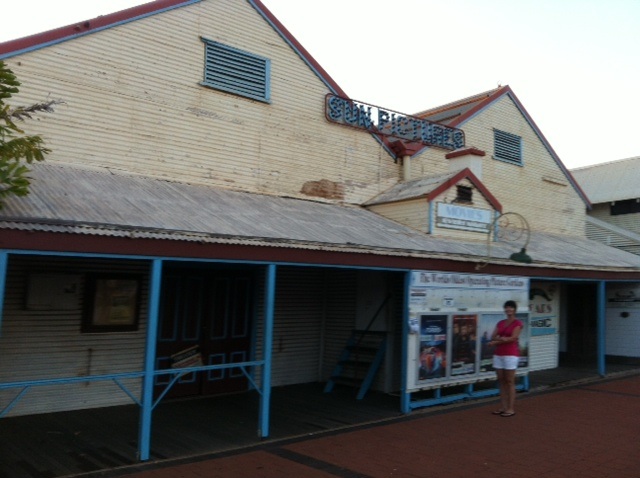 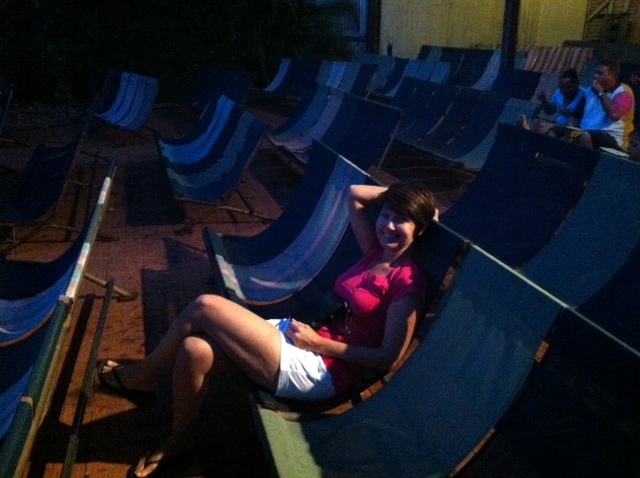 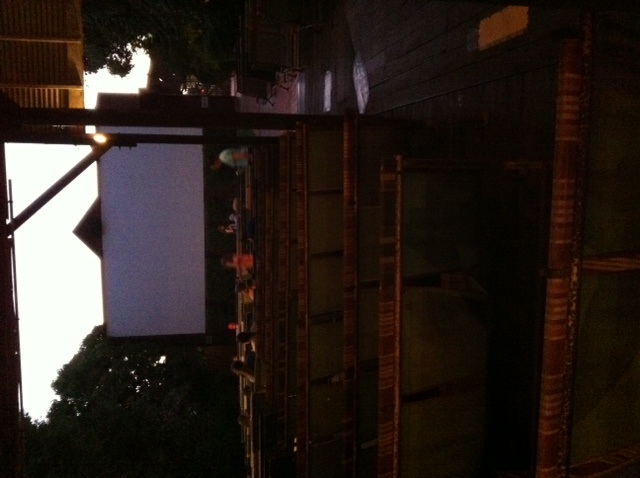 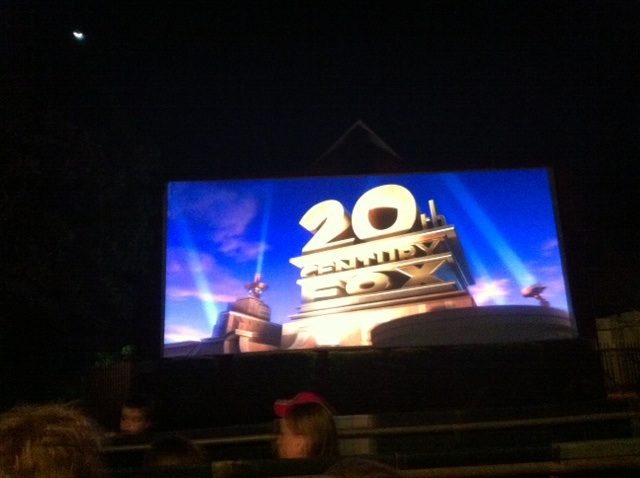 Sun Pictures, the world’s oldest outdoor cinema, has been showing movies outdoors here in Broome since 1916. It screens a different film every night and on some nights they screen two.

What’s an outdoor cinema? Well, it’s like a cross between a regular movie theater and a drive-in. Except that it’s a walk-in.

From the street, it looks like an ordinary building. But when you walk inside you realize that it’s only half a building because the back half is wide open and uncovered. There’s even a nice lawn located between the front row of seats and the screen, so families can picnic while they watch a movie.

Speaking of seats, they’re all deck chairs. Well, not exactly all, because people can bring their own lawn chairs and set them up wherever there’s a space.

We went to see Turbo, not because we wanted to see yet another animated movie, but because that’s what was playing tonight and we wanted to experience a movie under the stars and to see the moon rise over the screen (that’s it up there above and to the left of the screen).

Which brings up an interesting question: Why do they call it Sun Pictures when it’s only open at night?