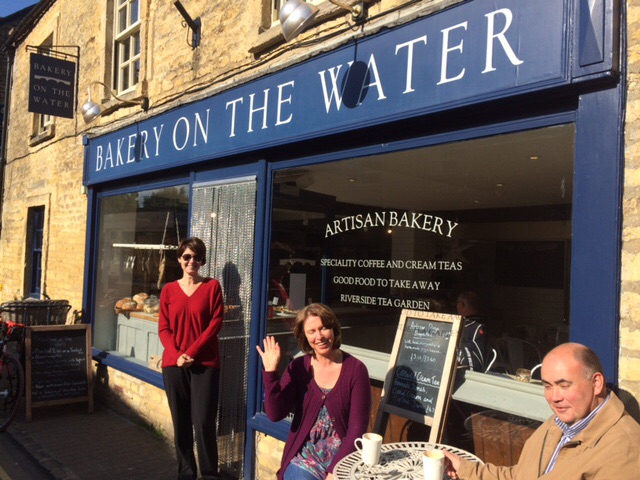 We stumbled upon the Bakery on the Water, a great little bakery and restaurant just around the corner from Allerton Cottage. Now we have breakfast there every morning.

A huge chalkboard sign on one wall of the bakery proudly proclaims that Bakery on the Water is owned by the fourth generation of bakers. 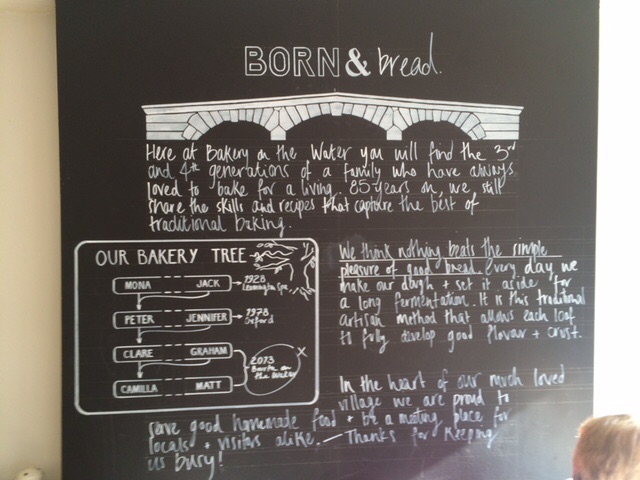 Our god daughter Stella and her mom are both great bakers. I wondered how far back this family tradition had existed, so I asked Stella if her grandmother and great grandmother had been bakers, too, and she said, “Yes, they absolutely were. As far as I know, all of the women on my mom’s side have been passionate bakers for a very long time!”

For example, I think my dad always knew that I was not destined to follow in his footsteps as a dairy farmer. By the time I was about five, I had already figured out that the kind of hard, dirty physical labor he performed about 12 hours each day was not for me. In fact, watching how hard he worked was all the motivation I needed to do well in school and go to college to learn to do anything that would keep me off the dairy. The concept of spending the rest of my life rubbing up against 1200 pound shit-covered animals did not appeal to me. Not even a little bit.

On one hand, I think he was very disappointed. On the other hand, I think he knew my interests and skills were different than his and he wanted me to go out and succeed at something that interested me.

So when you learn that Bakery on the Water has been owned and operated by one family for four generations, it seems like an even greater accomplishment.

Here’s hoping there’s a fifth generation coming along that can make even better cream teas and Chelsea buns. They’ll do fine, I suspect, if they’re even half as good.