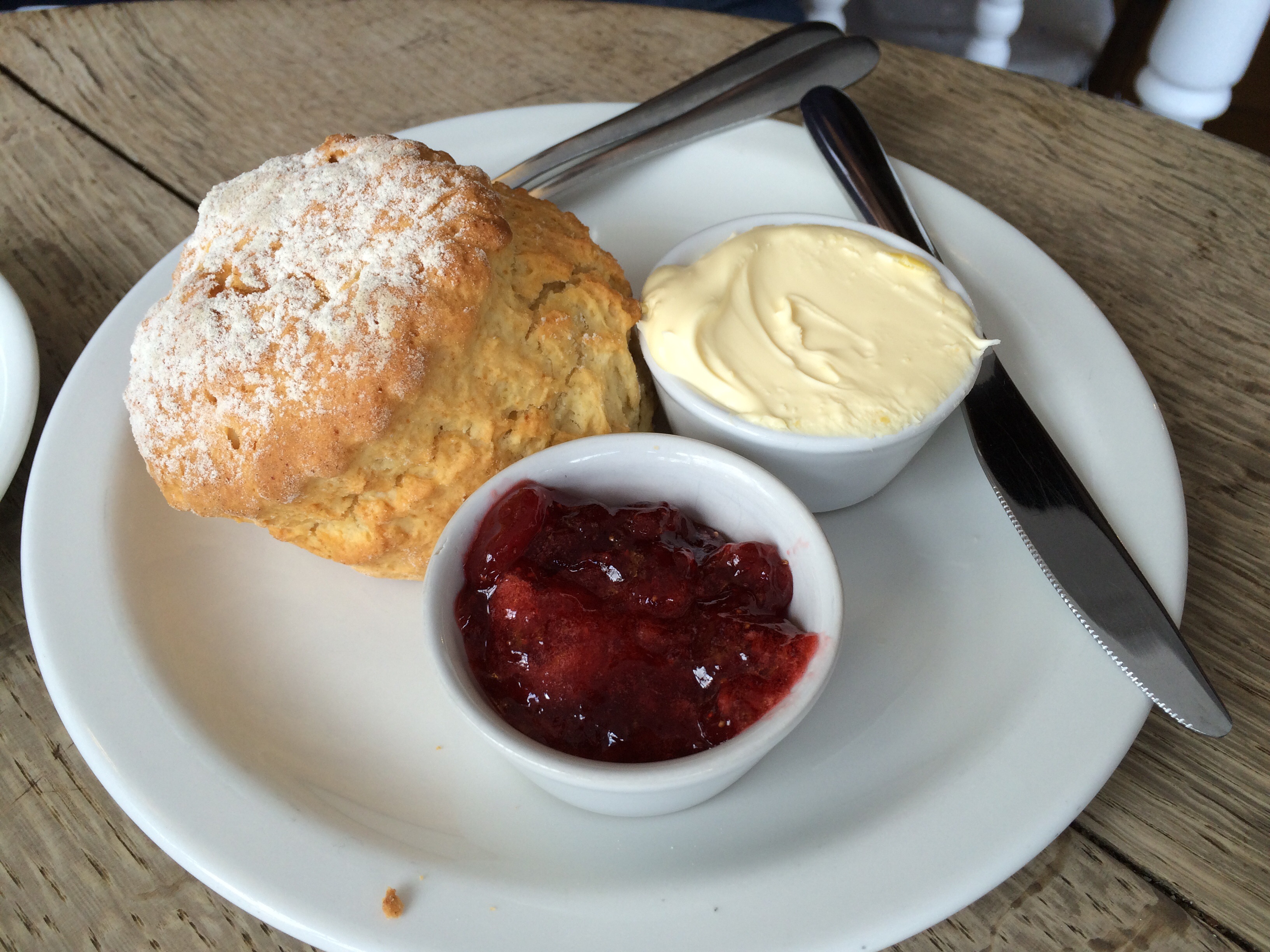 I readily admit that I have a bit of clotted cream, jam and scone on my T-shirt as I write this. Jamie just compared me to her Uncle Terry because I am not embarrassed at all by having that sourvenir of my lunch on my shirt. I consider it to be a fashion statement.

Everyone knows what scones and jam are, but unless you’ve been to England, you may not know what clotted cream is. It sounds horrible, but it’s wonderful. Wikipedia’s description of it does not make it sound any more appetizing:

“Clotted cream has been described as having a ‘nutty, cooked milk’ flavor, and a ‘rich sweet flavor’ with a texture that is grainy, sometimes with oily globules on the crusted surface. It is a thick cream, with a very high fat content (a minimum of 55%, but an average of 64%)…”

“Due to its high saturated fat content, the regular consumption of clotted cream is usually thought to be bad for health. A 2006 survey of nutrition professionals ranked clotted cream as the least healthy of 120 foods selected to be representative of the British diet.”

Well, let me make this as clear as I can: Screw each and every one of those wimpy-assed nutrition professionals, because clotted cream, jam and scones is the food of the gods.

I would eat this stuff three meals a day and snack on it in-between if Jamie would let me. I’m pretty sure I’d pass out and go into a sugar and fat-induced coma after about three days, but before losing consciousness I would use my last breath to beg Jamie to have clotted cream, jam and scones intravenously-injected directly into my bloodstream.

That’s how good it is.