Many people say Winston Churchill was the most important man of the 20th Century. I lean more toward Sandy Koufax, but it’s pretty much a toss-up.

Oh, sure, Churchill may have rallied the British people and saved the nation during the darkest hours of World War II, but Koufax pitched four no-hitters, including a perfect game, and was the youngest man ever elected to the Baseball Hall of Fame.

But since we’re in England, let’s go with Churchill just for argument’s sake.

I knew that Churchill grew up in a wealthy family, but I didn’t have a clue that he grew up in such immense wealth. This is Blenheim Palace, where he was born, where he proposed to his wife, and where he went to seek solitude and solace during World War II’s darkest days.

Blenheim’s not a bad little place as far as palaces go. 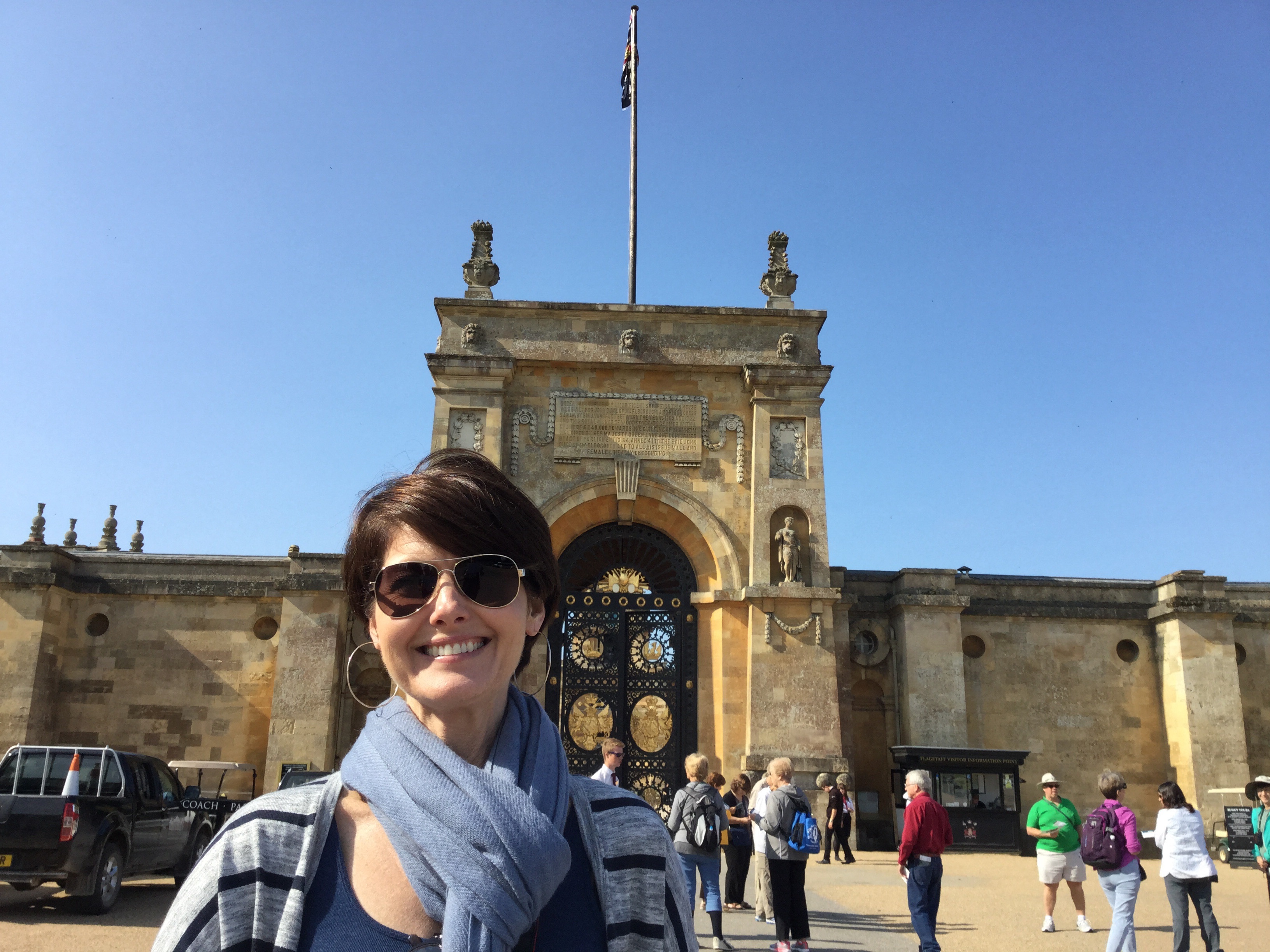 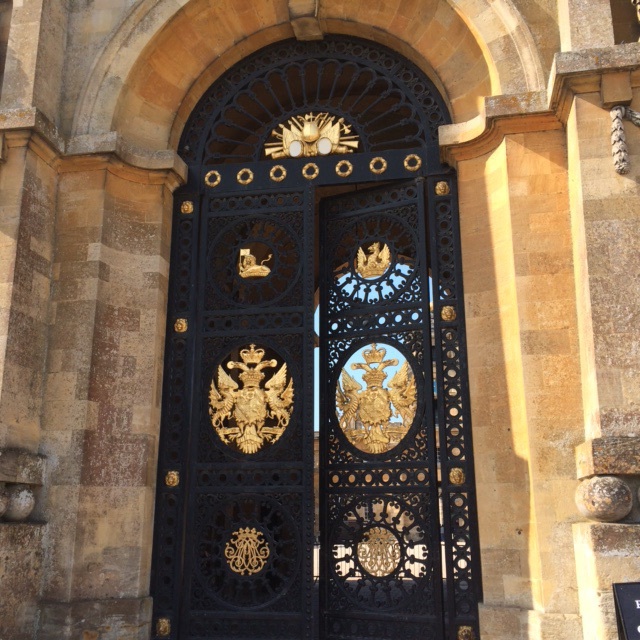 We’re not even to the palace yet. This is just the front gate, which you get to only after driving through about half a mile of immactulately groomed grounds. 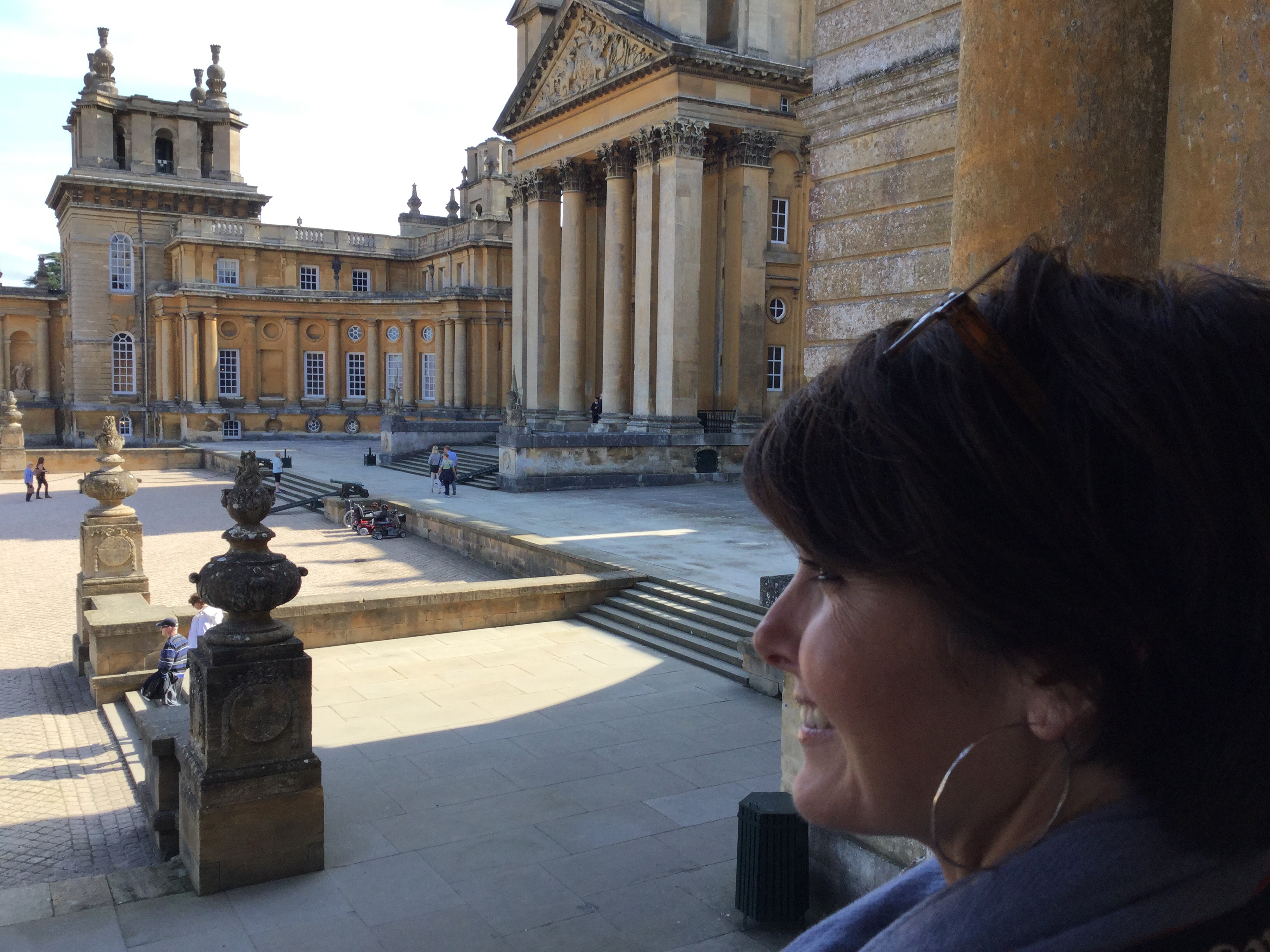 See those massive marble pillars across the courtyard to Jamie’s left? That’s the front door. They probably don’t get many Jehovah’s Witnesses ringing the bell. 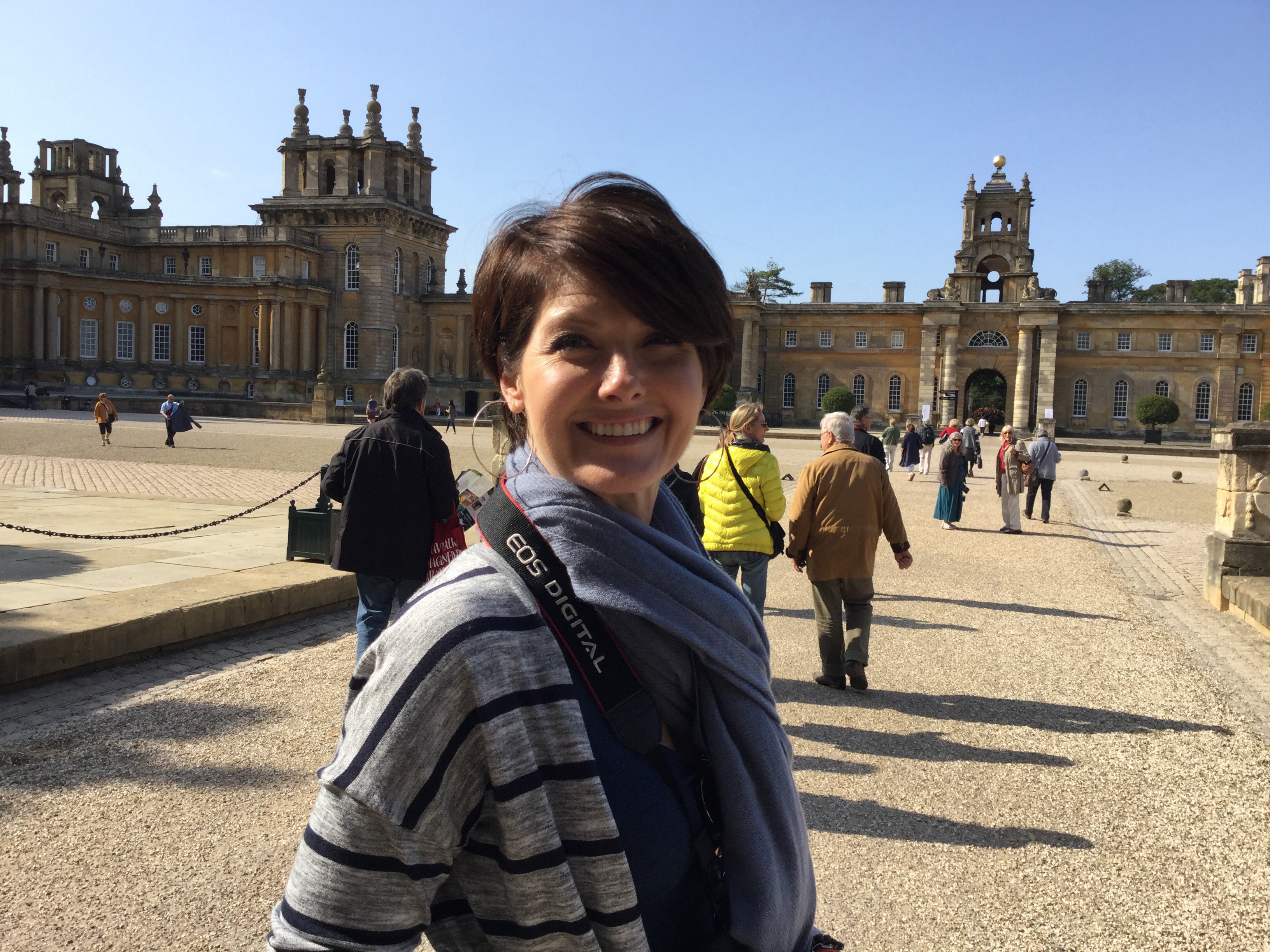 The front yard is about as big as a football field, but has no grass. I’m pretty sure Sandy Koufax has a yard with grass. 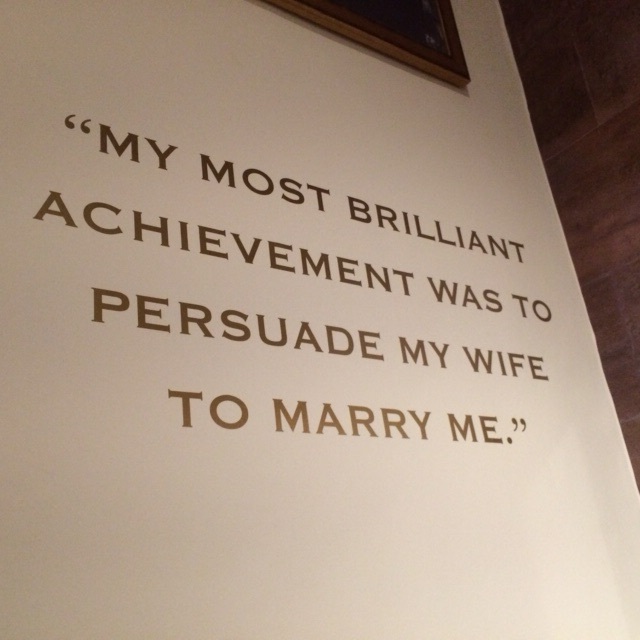 I’m not sure why, but Jamie insisted on taking a photo of this Winston Churchill quote. 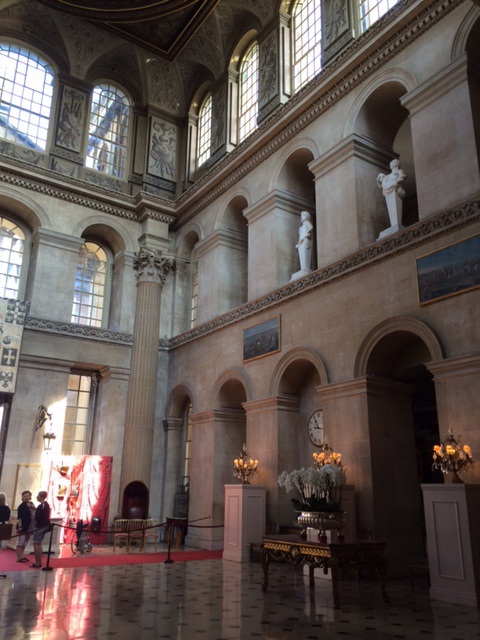 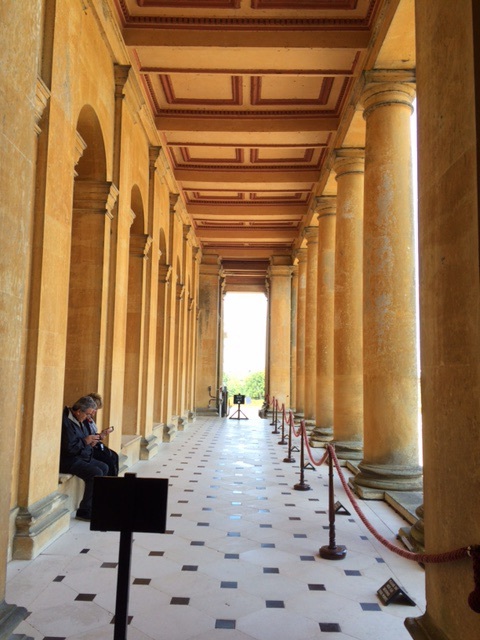 I’m trying to imagine what it must have been like to be little Winnie Churchill growing up amidst this kind of ostentatious wealth, but it’s beyond my ability to comprehend. I guess you end up with either a sense that the world owes you something, like so many rich kids do, or a sense that you owe something to the world, like Churchill did. 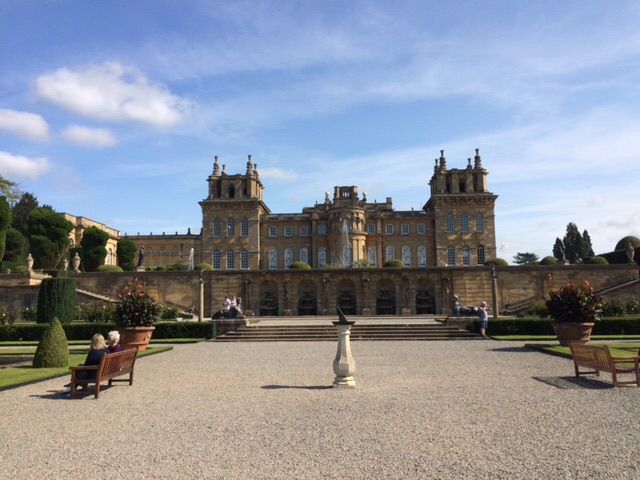 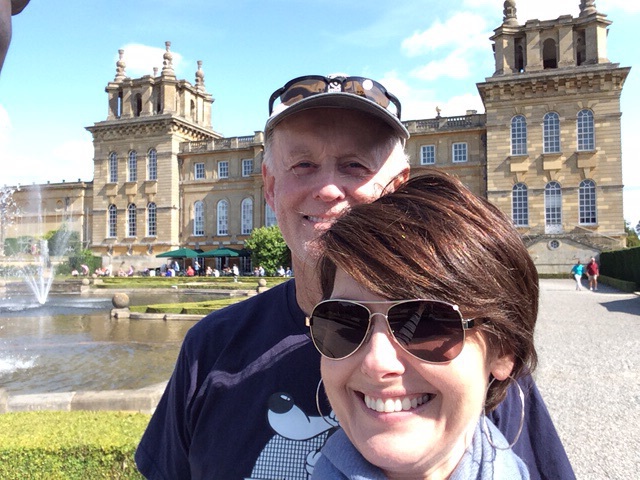 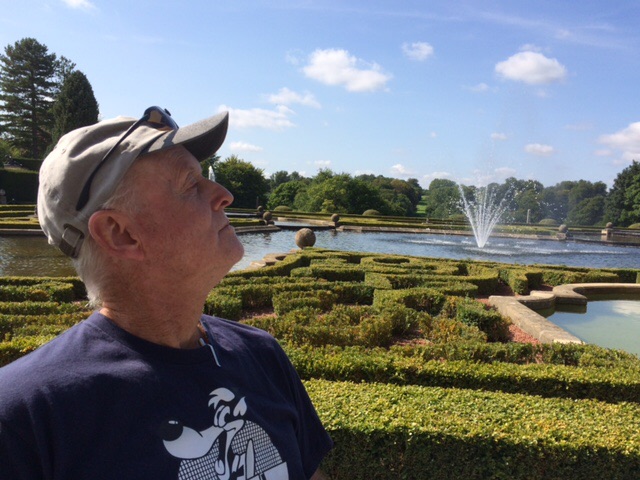 A few shots of the back yard and gardens at Blenheim Palace. In this last shot I’m attempting — and failing — to strike a haughty, regal pose. It difficult to pull off this ruse while wearing a T-shirt emblazoned with a cartoon wolf.