The Monkey Forest is a nature reserve and Hindu temple in Ubud, Bali, which is, of course, in Indonesia. It’s called the Monkey Forest, but its official name is the Padangtegal Mandala Wisata Wanara Wana Sacred Monkey Forest Sanctuary. I think they shortened it to Monkey Forest because couldn’t find stationery big enough for the full name.

More than 600 Balinese long-tailed monkeys live here. Their scientific name is the Crab-eating Macaques, but based on what we saw they should be named the Banana-eating Macaques.

The park staff supposedly feeds them sweet potatoes three times a day, but bananas are for sale in the park and damn near every tourist is feeding them to the monkeys. Except Jamie. She saw the greedy little bastards jumping on people to get their bananas and wanted no part of it.

The people in charge don’t want the monkeys to end up looking like me, so prominently-posted signs announce that visitors are prohibited from feeding them snacks such as peanuts, cookies, biscuits, and bread.

Turns out monkeys really aren’t that different than man. They’ve split up into five different tribes that occupy and defend different territories. They often get into territorial disputes, especially when one group has to pass through one group’s territory to reach the stream during the dry season. Secretary of State John Kerry, still desperately seeking any achievement worthy of a Nobel Peace Prize, is rumored to be heading to Bali to begin a marathon peace negotiation process between warring factions of Crab-eating monkeys.

But let’s move on to the monkeys. 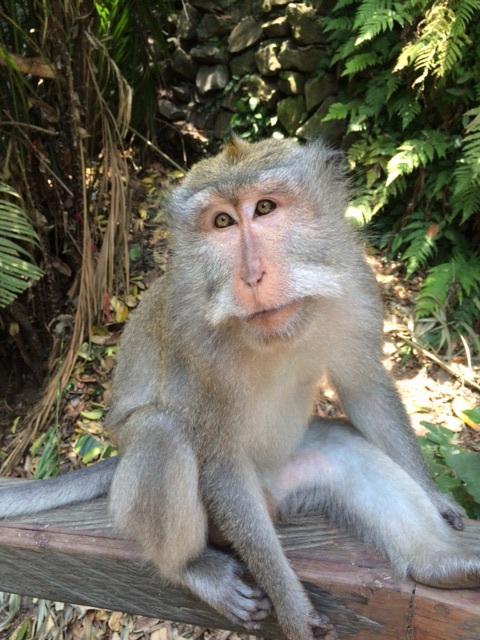 This is your basic crab-eating Macaque. Oh, my, they look like such fun-loving, gentle creatures. 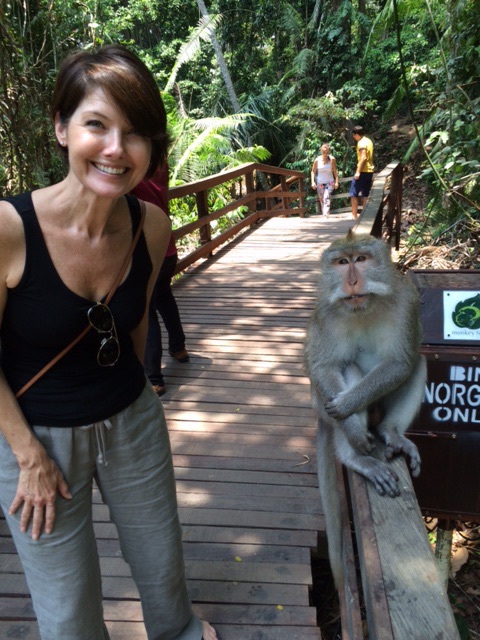 No matter how hard I tried, I could not convince Jamie to get any closer than this to these gentle little things. 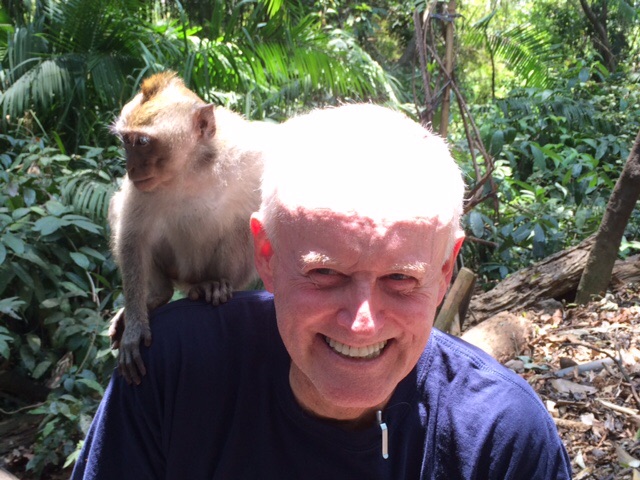 I saw this monkey sitting on a wall, so I sat down next to him and asked Jamie to take a photo of me next to the monkey. Next thing I knew, he hopped onto my back. Isn’t he the cutest little thing you’ve ever seen? 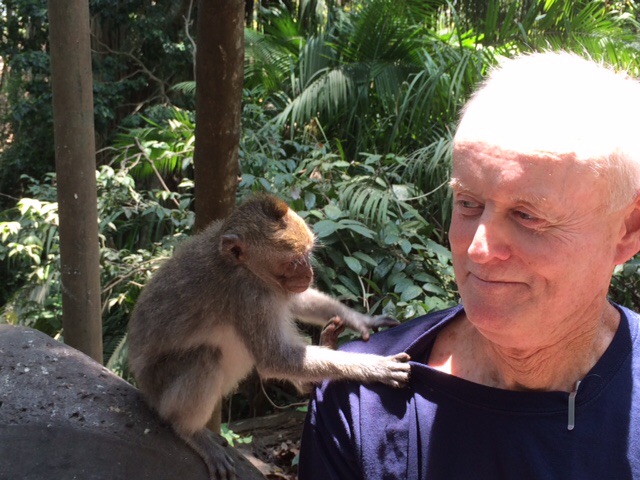 What an utterly charming little jackanape. How utterly precious. I’m certain he’s tugging on my shirt because he loves me. I wish I could take him home. 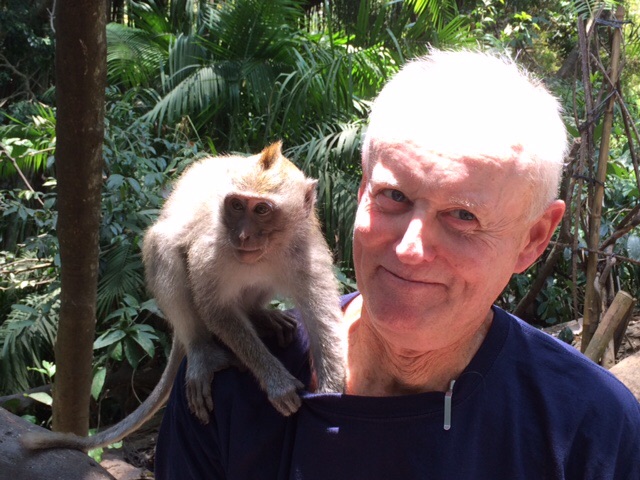 Hey, wait just a minute. The little shit is trying to steal my pen. Cool it, Cheetah. 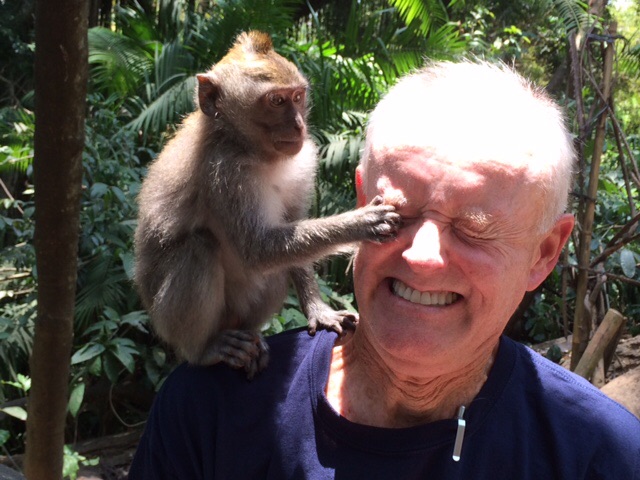 My eye! My eye! I’ve been blinded by this filthy, diseased little son of a bitch. Why didn’t I listen to Jamie when she warned me? 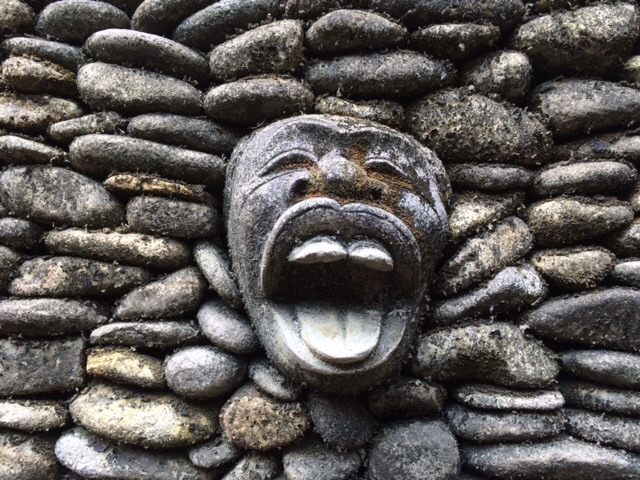 I could have avoided this situation if only I had realized that this carving just inside the entrance to the Monkey Forest symbolizes a blind man screaming in pain.

NOTICE: No eyes were harmed during the making of this blog post.