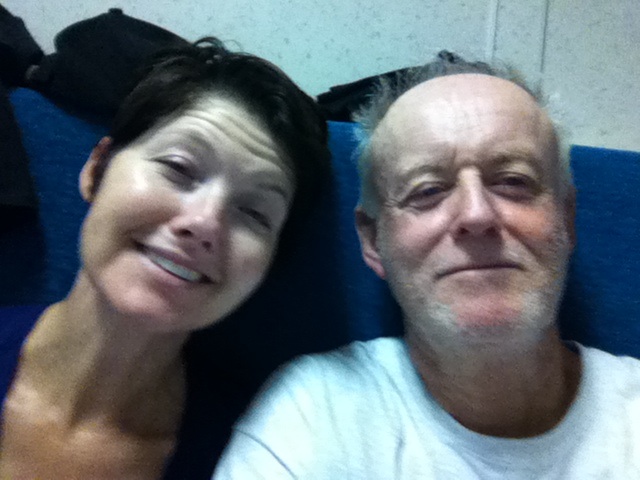 Good lord, man, Charles Manson’s family took better-looking mugshots. Believe it or not, we felt even worse than we looked. If that’s possible.

We walked into the Beijing Marriott at 6:00 in the morning and tried to check in. This is, of course, far earlier than rational guests check out of hotels, so no rooms were available.

The director of guest relations walked over and introduced himself. He may have taken one look at us from across the lobby and decided that he needed to intervene because there were some very smelly homeless people in his hotel.

Everything changed when he found out we had taken the train from Moscow. He showed us to some seats in the lounge, brought us coffee and tea, asked if there was anything else he could do for us, and said they would get a room ready for us as soon as one was available.

While we were sitting in the lounge catching up on a week’s worth of email, the manager of the hotel came over, introduced himself and asked somewhat incredulously, “Did you really take the train all the way from Moscow?”

By 9 a.m. they had a room ready. We went upstairs and took our first showers in a week. They were long and they were hot because getting all the dirt off took some concentrated scrubbing. I shaved. My god, we felt human again. Then we went back downstairs to have our first real meal in a week.

As we walked through the lobby, the hotel manager spotted us, walked over to greet us with a big smile on his face and said, “You both look a lot better … not that you looked bad. That’s not what I’m saying.”

Yes, it was. That’s exactly what he was saying. And we completely understood.

Let me say it again: The train trip across Siberia was a once in a lifetime experience.

And now that we’ve done it once, we never have to do it again.