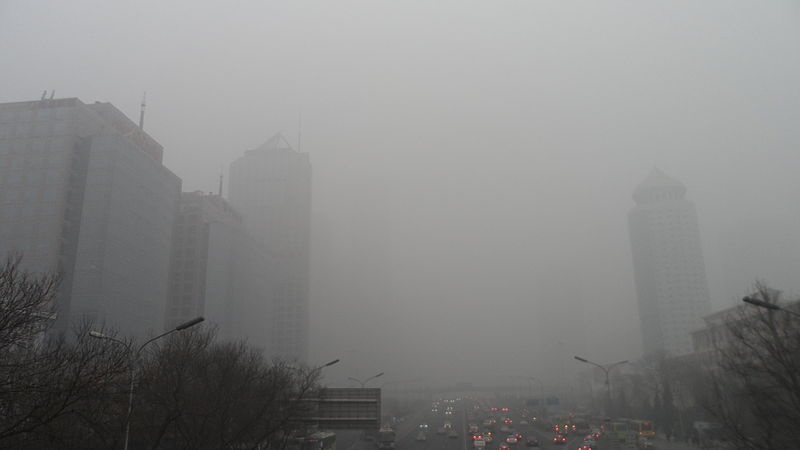 I always assumed the stories about Beijing’s horrible smog were gross exaggerations. But, no, they are absolutely accurate. It’s almost like you’re looking at the city through a layer of gauze. It also explains why all our photos look blown out. There is no blue sky here to be photographed.

Right after lunch yesterday Jamie pointed up at the sun and told me to take a look. Instead of being bright enough to burn your retinas, it looked like the moon through a light fog.

One thing that was exaggerated is the popularity of those silly surgical masks. Based on news reports I expected everyone to be wearing them, but they are few and far between. And oddly enough, most of the people who wear them only cover their mouths, not their noses.

Doesn’t that defeat the purpose of wearing them?