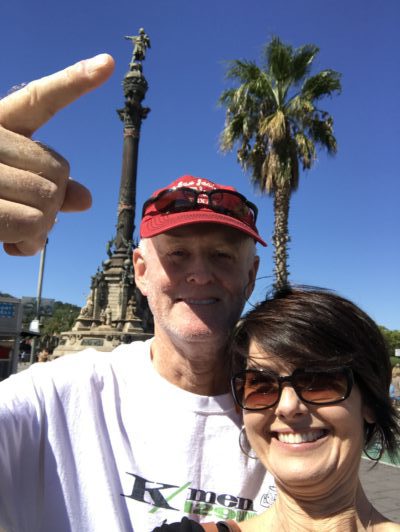 That’s Christopher Columbus pointing west from atop a column that sits on the Barcelona harbor.

He probably got lost on his way to the Orient because he never had great neighbors like Brad and Ginny Parkinson.

We would have been lost in Barcelona without them.

Ginny gave us tips on restaurants and museums and things to see and do here. And Brad’s the guy who “invented” GPS, which allowed us to find our way through the narrow, twisted streets in Barcelona’s El Born and El Gotic districts to find all those places Ginny recommended.