In advertising, that’s what’s called weasel wording. In the rest of the world it’s called lying.

Why is it called weasel wording? Well, it’s technically true that I went to Oxford — because we got in our rental car and drove 35 miles down the road and walked around the campus for several hours — yet 100% false by any other standard.

The University of Oxford is so old that they don’t know exactly when it was founded, but they know classes were already being conducted as early as 1096, when monks were still scribing books by hand. It’s commonly ranked one of the top five universities in the world — along with Harvard, Yale, University of Oregon and San Bernardino Valley College.

(There I go weasel wording again. I feel compelled to admit to you that the final two schools on that list are rarely, if ever, found on those lists of top universities. But as a graduate of both august institutions, I’m confident that the omissions were mere oversights.) 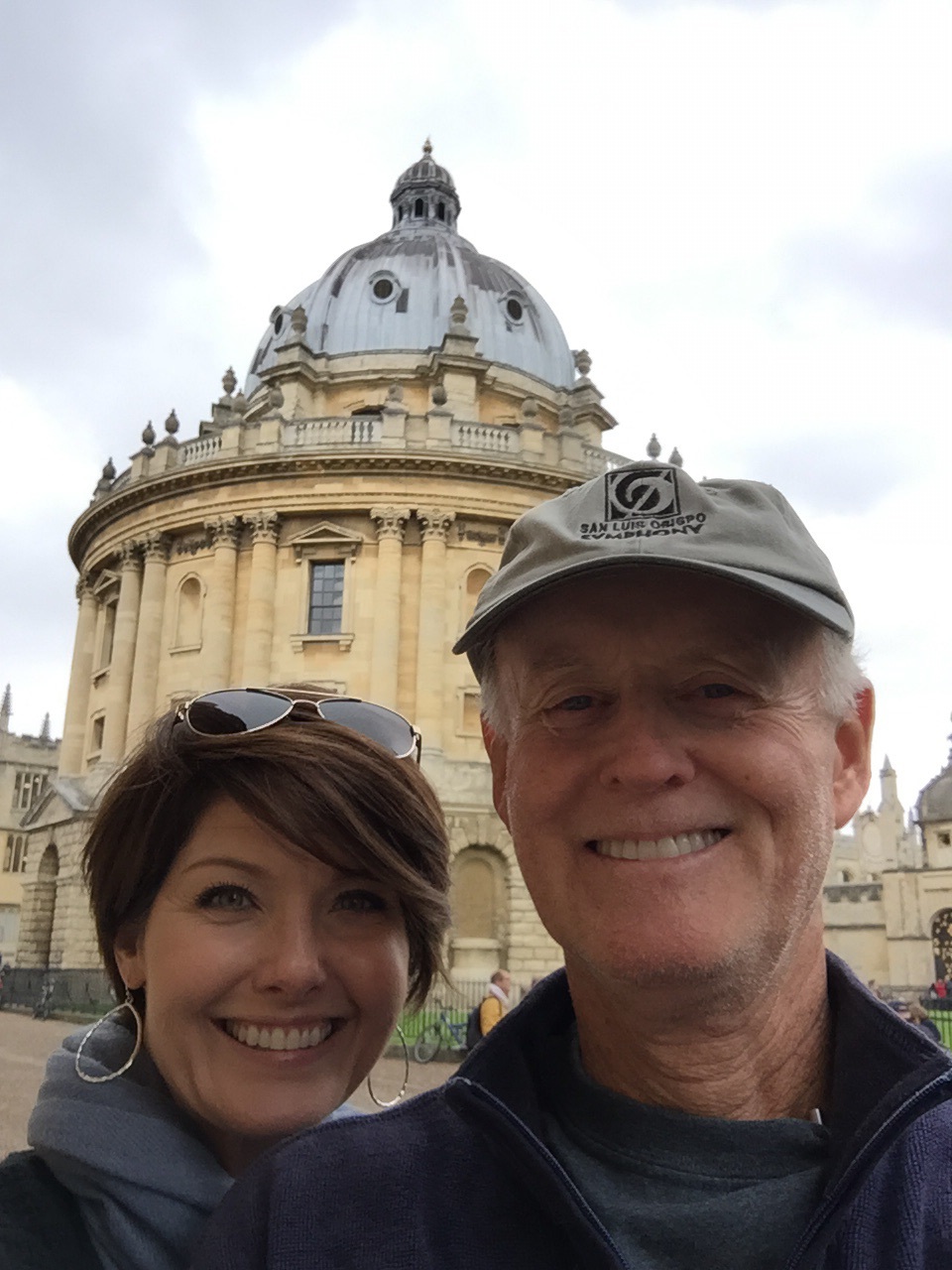 Jamie can also say she went to Oxford, but I doubt tht she’s shallow enough to make the claim. This is the university library, one of it’s most well-known buildings. Coincidentally, this is also about as close as I ever got to the library at the University of Oregon. 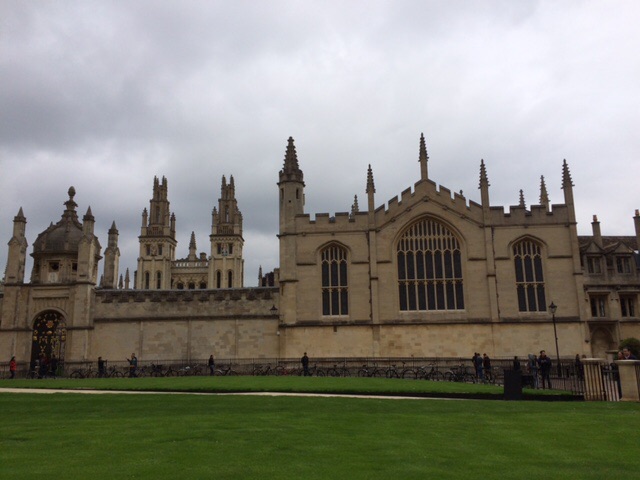 It would take an Oxford math major all day to calculate the number of spires on the buildings and walls surrounding the university. 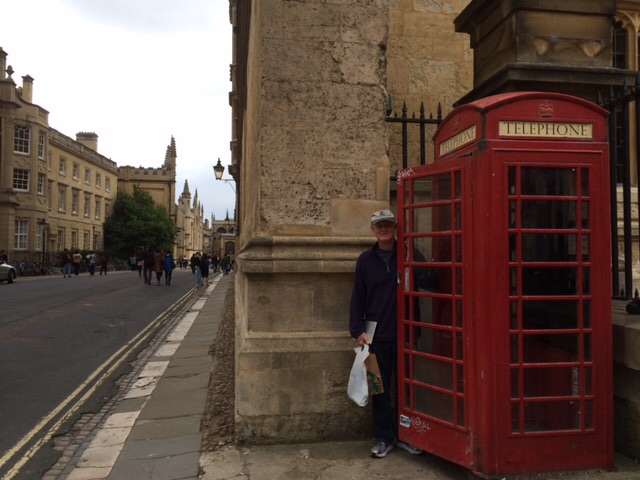 I take a few minutes off of my pursuit of the illusion of higher education to do my world famous Dr. Who impression. The bag in my hand contains my new University of Oxford T-shirt, which is sure to help me continue the ruse that “I went to University of Oxford”.