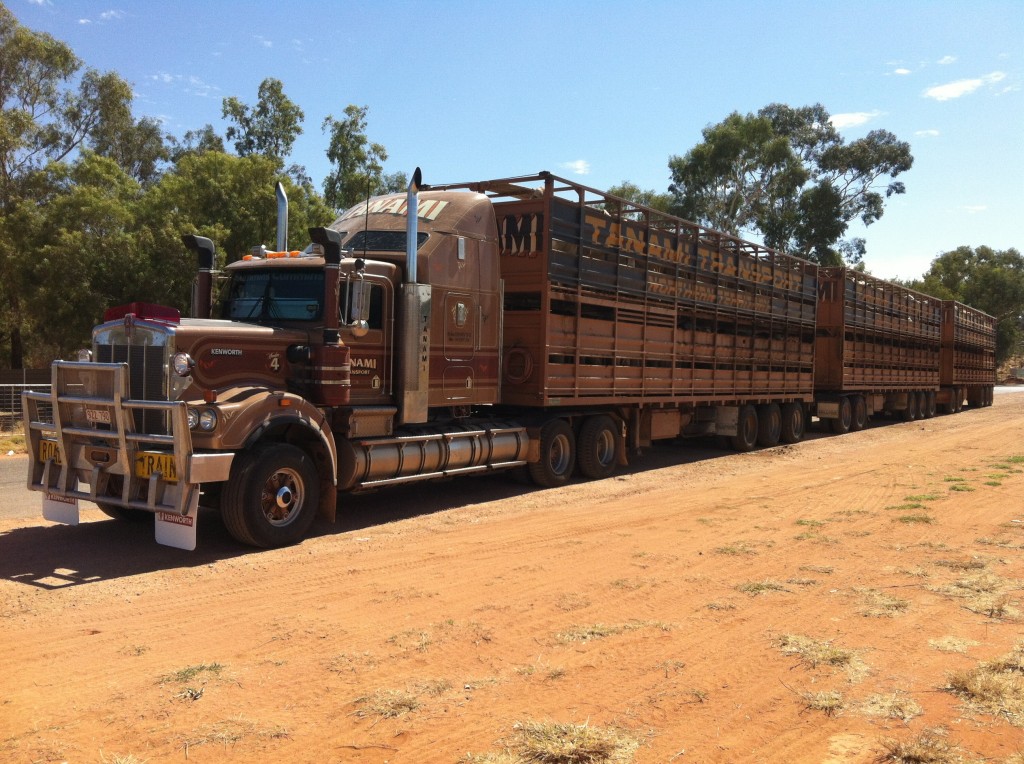 If you look closely you’ll see the word “Train” on the left side of the front bumper on this big rig. On the other side, which you probably can’t see, it says “Road”. Please be introduced to a prime example of the Australian Road Train.

In America we call ’em big rigs or 18-wheelers. But mere big rigs aren’t big enough for the roads in the outback. The one shown in the photo above may have three trailers, but it’s not even a particularly impressive version of a road train. They often add an extra trailer, sometimes two extras, and who knows how many wheels, and ship vast quantities of stuff cross country. This one is filled with cattle who are going off, as Jamie would say, to the cattle spa.

You’ll be barreling down the highway and suddenly come up behind one of these monsters. Be very careful when trying to pass because they’re long. Really long. And it’s easy to misjudge how much time and distance you’ll need to veer into the opposite lane, speed up and pass one, and get safely back in the correct lane.