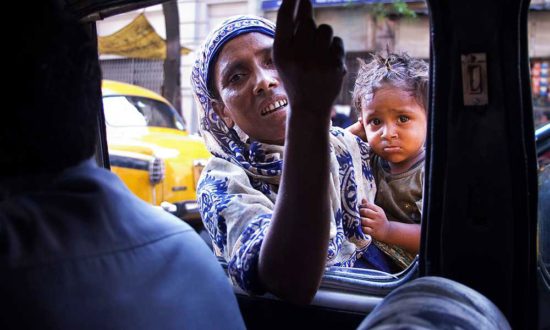 One more post about poverty, then we’ll move on to more pleasant topics. I promise.

I used to work with an Indian art director named Sudhir. We became good friends and he eventually revealed to me that he came from a wealthy Indian family. Not just your run of the mill wealthy. No, we’re talking about extreme wealth.

I once asked Sudhir why he worked a middle class job in Los Angeles instead of going home and leading a life of incredible luxury. His answer surprised me.

“I would rather be a middle class American than a wealthy Indian.”

That answer made no sense to me, so I asked him to explain.

“My parents beg me to come home,” he told me. “They say, ‘If you come home we will put you in charge of the steel mill or you can run the rubber plantation.’ But I cannot stand to see the horrible poverty in my own country. We live in a compound, but you cannot stay in the compound forever. As soon as the gates open and the Rolls Royce pulls out, it is overwhelmed by beggars who live just outside the gates. I cannot stand to see it. But even if we gave away all our money, the country is so poor that it would still be filled with beggars.”

So Sudhir immigrated to the United States and became a middle class American.

I don’t think I ever comprehended what his story meant until we visited Madagascar.

Some stories to demonstrate:

The shuttle: We shared the shuttle from our hotel to the Antananarivo airport with a very funny, but very frazzled Aussie woman. She has been in Madagascar for 27 days and was just plain done with the inescapable poverty and difficulty of travel in the third world. She described Madagascar as “nothing but airplanes and potholes.” Perhaps, but would respectfully like to add the words “corruption and chaos.” More about that later.

The chaos inside the airport: We’ve never seen anything like the chaos when we arrived at the Antananarivo airport. Instead of applying for entry visas before you arrive in Madagascar, you apply for them after you arrive at the airport. In theory, that sounds like a simple concept. In reality, you are required to stop at four different booths with no signage — none in Malagasy and certainly none in English — and get your paperwork stamped by four different bureaucrats before you were allowed to exit the airport. There also seemed to be some very flexible prices charged for the aforementioned visas. And to top it all off, they only take cash, no credit cards. Of course, none of the foreign visitors have any Madagascar currency because the ATMs and bank booths are on the outside of the terminal, on the other side of security. The result is that hundreds of newly arrived tourists are all milling around and standing in what they hope is the right line. The whole thing looks like a scene out of The Year of Living Dangerously or The Killing Fields. In the end, getting out of the airport was a 90-minute ordeal.

The chaos outside the airport: Just as you get your visa and walk through the security gate and start to think, Wow, that was crazy, you get slapped up the side of the head with a new dose of crazy. Guys wearing official-looking yellow vests take your suitcases. This seems legit, you think, until they walk out the door of the terminal and hand your bags over to a beggar. No, that’s an inadequate description. A horde of beggars descend on your suitcase, all vying to carry it, roll it, move it somehow toward an awaiting taxi. Then they all want to be tipped. We tipped a bunch of them, but one who didn’t get tipped knocked on Jamie’s window and said, “But I touched your suitcase.” He didn’t carry it. He didn’t roll it. He didn’t do anything except touch it.

Don’t hold your iPhone near the window: I told this one earlier, but the it’s worth repeating. We were in a taxi going from the airport to our hotel. The pothole-filled streets of Antananarivo were packed — absolutely packed — with bicycles, pedestrians, tuk tuks, dogs, and assorted and sundry others. As our taxi wended its way down the street, our driver continually honked to warn everyone and everything to move aside and let us through. It was a warm day, so I had my window down and pulled out my iPhone to check something. The driver immediately warned me not to hold it near the window — because someone would surely reach in and snatch it out of my hand. 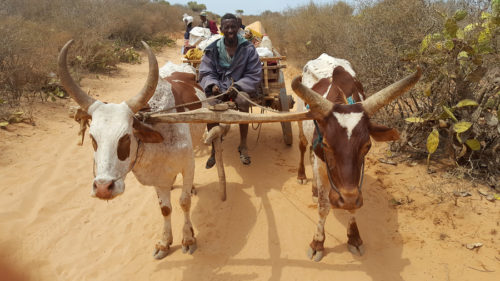 You won’t believe what he did to the ox: On our drive between the Isalo Rock Resort and the Tuliara airport, we had to stop when we came upon an oxen-drawn cart stopped in front of us in the middle of a one-lane bridge. One ox’s hooves were slick, making the pavement very slippery for the poor beast. Its legs were splaying dangerously and it refused to move out of fear that it would fall. The two young drivers were beating it unmercifully with sticks the size of broom handles, but the beast refused to budge. Finally, one of the frustrated young men reached down, grabbed the poor animal’s tail, lifted it toward his mouth and bit down as hard as he could. The startled ox jumped as if…well…as if his tail had been bitten. He jumped forward, pulling the cart across the bridge. To repeat: the kid bit the ox’s tale. I grew up on a dairy farm and I know for a fact what is usually found on a bovine’s tail. As a result, I wouldn’t bite one if you paid me.

Bribery is a way of life: A couple decades ago it came out that some big American company was found to have landed foreign contracts by bribing foreign officials. Of course, the liars and frauds in Congress were horrified by this incomprehensible concept (probably because they had not been the recipients of the company’s largesse). They held hearings where they were allowed to huff and puff and display their unquestioned ethics in front of the TV cameras for the consumption of the rubes back home. American companies doing business overseas were dumbfounded. “This is how business is done overseas,” they insisted. “It may not be the way things are done in the United States, but it’s how they’re done in foreign countries.” Their betters in Congress feigned horror and passed a law forbidding American companies to bribe foreign officials in order to land contracts. Well, let me tell you that Congress was full of the same stuff that was probably on that ox’s tail. Everyone bribes everyone in Madagascar. Want to park your car in that parking lot? Bribe the attendant. Want to move quickly through the police inspection roadblock. Bribe the cop. I am not exaggerating. I have seen small bills folded up and surreptitiously slipped from one hand to another more times than I can count. It’s so common that it’s just assumed.

Put it all together and I suddenly understand what my friend Sudhir was talking about.

On the other hand, his family had a Rolls Royce. (Nah, just kidding.)