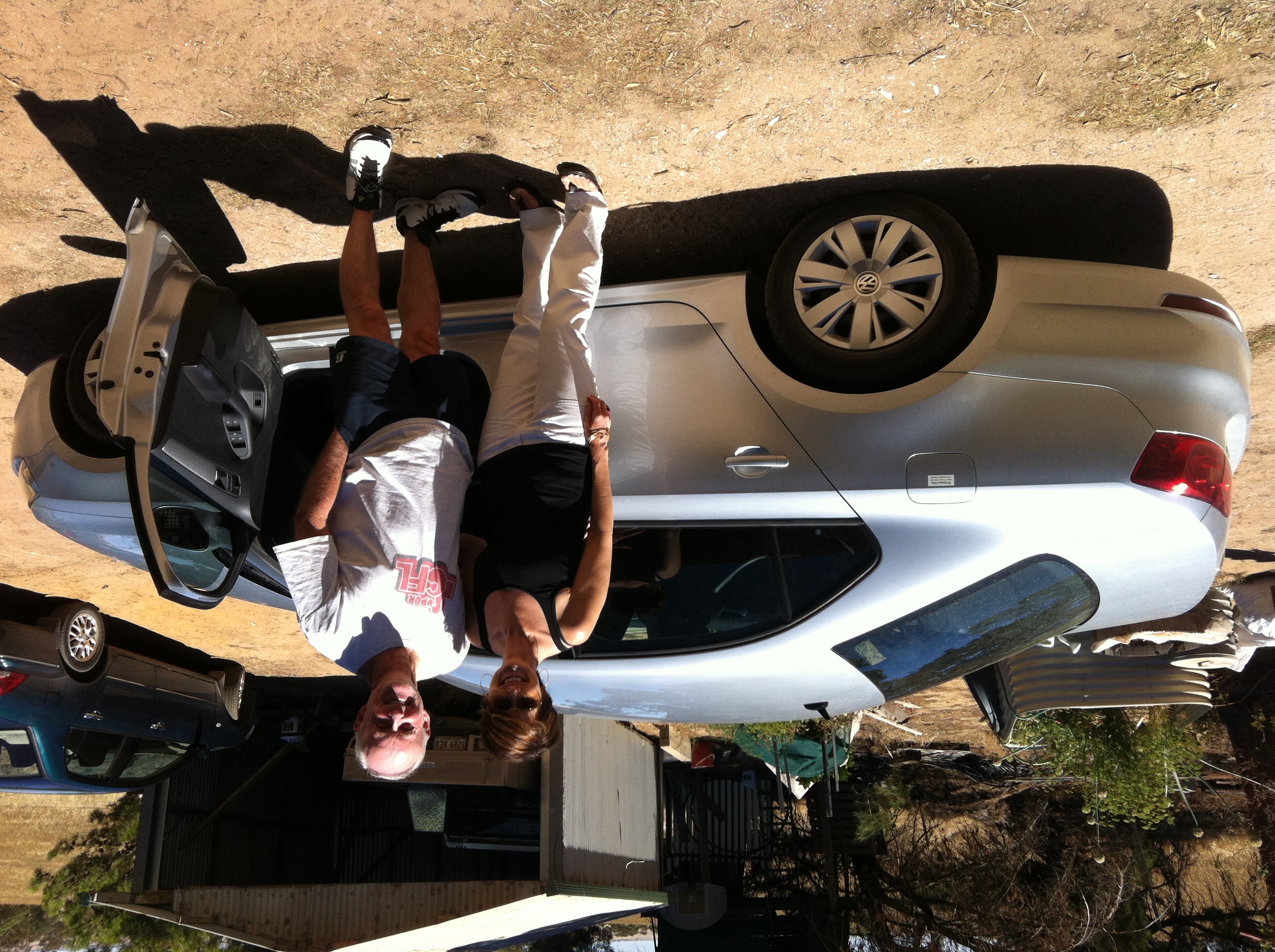 Despite the fact that I’m an admitted Trekkie and Captain Kirk is priceline.com’s advertising spokesman, I’ve never purchased anything through that website. Until, that is, I rented our Australian car.

I had noticed some fine print on the rental contract that said, “One-way drop-off fees may apply.” I interpreted “may apply” as meaning “probably won’t apply”. The rental car company interpreted it as “We will bend you over and violate you so badly that you’ll be thrilled to pay an exorbitant one-way drop-off fee just so we’ll stop.”

After we rented the car — just before we walked off into the parking lot with keys in hand — the rental car agent casually said, “Of course, since you’re picking this car up here in Perth and dropping it off in Sydney, there will be a one-way drop-off fee.”

I have paid one-way drop-off fees here in Australia on earlier trips. Once it was $250. Another time, when we dropped it off in a really remote location, it was $500. So although I was prepared to pay a fee, I was totally unprepared when the agent did some quick calculations, looked up at me and said, “$4200.”

I may have caused a scene in the terminal. I may have said some things that I regret. I may have uttered some words that embarrassed my wife in public. I may have insisted that the agent get his manager on the phone at her home so I could express myself to her, too.

Unfortunately, we had no choice. The company was inflexible and, unfortunately, so was our itinerary. After I cooled off, we decided to take the car now and hoped to sort out this insanity later.

Then, just as we were leaving the counter, the manager called back and asked to speak to me again. “Are you aware,” she said, “that it’s company policy that you return the car to us in 60 days so we can exchange it for another car?”

I freaked out again. We would be in Adelaide, 1800 miles away, in 60 days. The manager soothed me by saying, “Oh, that’s ok. You can exchange it at any of our offices. I’ll send you an email in 30 days to remind you and tell you now to do it.”

It was a delightful car, everything we could have wanted — brand new with almost no kilometers on the odometer. Scant compensation, I would say, but at least it was something. We drove it 15,000 kilometers around Western Australia, the Northern Territory and South Australia with no problems.

After 50 days, however, I realized I had heard nothing from the manager about exchanging the car in Adelaide, so I sent an email to customer relations asking how to do it. I immediately received an automated response that said, “Thank you for contacting customer relations. We’ll get back to you within ten days.”

Ten days passed. Two weeks passed. I never heard back from anyone in customer relations, so I called their 800 number, which began a whole new series of lies and deceptions by the employees of this company.

For eight long weeks, I tried to find out how to exchange the car. I worked my way up to the head of customer relations and he flat out lied to me. I called the Perth office repeatedly and always got a recorded message that said, “No one is available to take your call. Please leave a message.” That was followed by another recorded message that said, “The mailbox is full. Please call back later.” I called the Adelaide airport office and got exactly the same recorded run-around.

As if that weren’t bad enough, the company charged the $4200 one-way drop-off fee to my credit card on November 11, almost three months before the car was due to be dropped off. And they didn’t just charge it once, they charged it twice. And then, just for good measure, they threw in another $250 charge. In other words, they charged almost $9000 in illegitimate charges on my credit card.

By the time I finally got them to refund the money, the refund was more than $700 short because the US dollar had gone up in value against the Aussie dollar between the times that the charges were made and when the refunds were applied. It took another series of phone calls and emails to get that additional money refunded.

With that, I gave up on expecting any help from these morons. We still didn’t know how to exchange the car, so Jamie and I left a little early on the day we were driving down to Adelaide for the cricket game and went to this company’s car return depot at the airport.

We explained our situation to the nice young woman behind the counter and she said, “I don’t understand why this has been such a problem for you. We exchange cars all the time.” Ten minutes later we were back on the road in a new car.

In the end, the only way for us to avoid a $4200 one-way drop-off fee is to return the car to Perth. If you look at our itinerary, we have about ten unscheduled days after we leave the Barossa on September 28. So now, instead of driving 1400 kilometers to Sydney as we had intended to do, we will be driving 2800 kilometers back to Perth, where we’ll spend a few days on the beach and then fly back across the country to Sydney.

Let me make an already-too-long story as short as I can. This is the most dishonest, incompetent rental car company on earth. Every time I tell this story to an Aussie, they say, “Oh, yeah, that company has a terrible reputation for making unauthorized charges and awful customer service.”

Now they tell me.