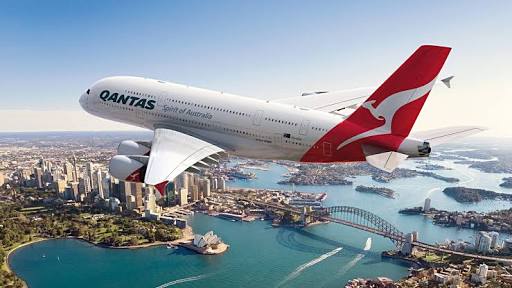 When we made our quick trip back to Dallas, we flew from Sydney on Qantas Flight 7 and back on Qantas Flight 8. Until recently, they were the world’s longest regularly scheduled non-stop commercial flights.

How long? 8,577 miles over the course of fifteen and a half hours. That’s more than one third of the way around the world.

From 2013 to 2017, no other flights were longer. But the distance championship has changed hands a couple times since February 2017. And it’s about to change hands again.

Travel & Leisure has the stats:

Passengers traveling from Doha to Auckland, New Zealand, on Qatar Airways’ inaugural flight between the two destinations are in for a long ride this Sunday. In fact, at 16 hours 20 minutes, the flight clocks in as the longest air route in the world.

Crossing 10 time zones, the flight departs Sunday morning at 5:10 a.m. and skims over Dubai, the Indian Ocean, and western Australia before finally touching down in Auckland on Monday morning, at 7:30 a.m.

The flight is a one-up on Emirates, which started a 8,902-mile service between Dubai and Auckland just a few months ago. The Doha service, meanwhile, comes to 9,032 miles.

But Qatar Airways won’t get to revel in their record for too long: Singapore Airlines is hot on their heels with a planned Singapore to New York route for 2018. That one would top all flight lengths at 9,529 miles.

I can understand how they can fill a jumbo jet with people who want to travel from Singapore to New York (or vice versa), but how many people travel back and forth between Doha and Auckland? Or between Dubai and Auckland?

Fifteen plus hours is a long, long time to spend on an airplane. So long, in fact, that I was able to watch two movies and the entire tenth season of The Big Bang Theory.

By the way, one of the movies was an Aussie film called “Red Dog.” Although it was one of those great, quirky Aussie productions we always love, I would strongly urge you NOT to watch it the day after you bury your own pooch.

I sat there blubbering like a baby as I watched it. I’m just glad it was the middle of the night, all the lights were down, and most of the other passengers were sound asleep.