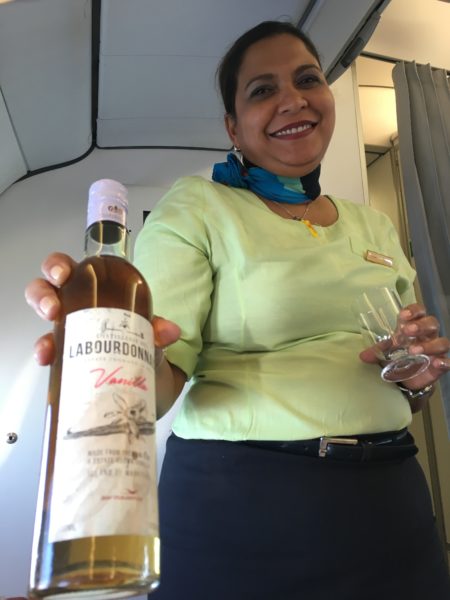 I used to have a business associate who truly believed he was a genetically and intellectually superior human being who deserved more out of life than lesser beings. Despite our close business relationship, he clearly considered me to be one of those lesser beings.

One time we had a series of business meetings in Manhattan. He flew to New York early in the morning so he could enjoy a day in the big city prior to our meetings. I had some sort of commitments at home in Orange County and had to take a late afternoon flight. By the time I arrived at our hotel, it was sold out and the room I had reserved was unavailable. So they upgraded me to a suite — a big, beautiful suite in a fancy French hotel in the heart of Manhattan.

In the words of my illustrious farmer father, I was shittin’ in high cotton.

My business associate was shocked at the opulence of my suite. He was also angry that it had been given to me, one of those pesky lesser beings, instead of to him. He imperiously demanded that I switch rooms with him. I declined.

I’ve searched my increasingly faulty memory and as far as I can recall, that was the first time I was ever upgraded. But, oh my, how times have changed.

Jamie and I now get upgraded more often than can easily be explained. Flights, hotel rooms, rental cars, you name it, we get upgraded. We’ve never understood why. We just know how much it pisses off whoever is behind us in line.

For example, on this trip we were upgraded from economy to first class on our flight from Antananarivo, Madagascar to Mauritius.

We were upgraded from a studio to a suite, and given champagne to boot, at our hotel in Madeira. (Yeah, ok, maybe this one shouldn’t count because I lied to get the upgrade, but I’m including it anyway because I didn’t ask for it.)

We were upgraded from a studio to a family suite at our hotel on Mauritius.

We were upgraded from a studio to a two-bedroom suite in Broome.

But the best upgrade came when we rented our car in Melbourne. The desk agent upgraded us from a Corolla to a Camry. And then the branch manager came out and said, “If you can wait about fifteen minutes I can upgrade you to a beautiful, new SUV.”

This phenomenon is not unique to our current travels. We get upgraded every time we travel. I even posted a story about it on our last trip.

I’ve given this a lot of thought and can only come up with two possible explanations:

Possible explanation number one: One time we were standing in line waiting to check into a Marriott hotel in Toronto. The person in line in front of us was angrily waving his arms and loudly demanding that the desk agent upgrade him to a suite. The agent politely refused, saying no suites were available. The angry customer eventually took his key and stormed off to his “ordinary” room.

When we checked in, the same agent quietly said, “I’m upgrading you to a suite.”

“Didn’t you tell the last guy that no suites were available?” I asked.

“So why are you upgrading us,” I asked.

“Because you didn’t ask for anything,” he explained with a smile.

We’ve never asked for an upgrade, but they are consistently given to us. The same business associate I referenced earlier always said, “You don’t ask, you don’t get.” Clearly that is not always true.

Possible explanation number two: Many years ago, Jamie and I were sitting at home one quiet Sunday evening when our phone rang. The caller was a second cousin I had never met — the teenage daughter of a first cousin in Montana.

She was staying with a college friend’s family a few miles from our home, so we jumped in our car and went to visit. We had a very nice time getting to know Suz and her friend and her family.

Turns out they had gone to the beach that day and everywhere they went, someone went out of their way to do something nice for Suz. Her clearly exasperated friend complained that Suz had gotten all the extras and all the attention, but she had been ignored.

Jamie and I laughed hysterically because I have said those exact words to her a thousand times.

I can’t explain why people do things for deYongs, but they definitely do. And I guess that includes upgrading their hotels, flights, and rental cars.