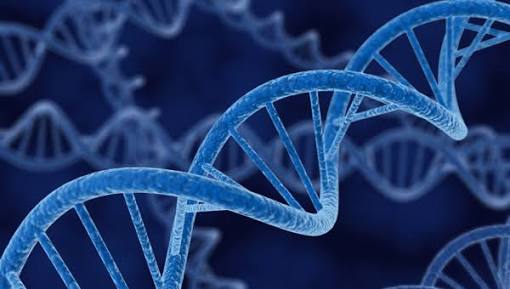 Scientists now believe there’s a “wanderlust gene” that encourages some people to pack their bags and hit the road.

Oddee.com, one of my favorite websites, explains:

Some people are satisfied to spend their lives in one place without venturing far from their hometown. Others make it a priority to travel the world. The difference can be found in variations of the dopamine receptor gene. A certain variation of this gene, DRD4-7R, has been associated with curiosity and restlessness and is often referred to as the “wanderlust gene.”

Studies of DRD4-7R have shown that people with this variant have an adventurous spirit and are more open to new experiences. About 20 percent of people in the world have this gene variant. The variant is more prevalent in countries that are farther away from Africa.

This finding relates to the assumption that all human life began in Africa. If the earliest humans originated in Africa, then human populations that are far away were started by ancient ancestors who traveled quite a distance to find their new home.

If geneticists were to delve into my DNA, I think they’d discover that this travel gene has been passed down from both sides of my family.

Someone traced the family tree on the Savage side of my family and discovered that my great great great great great (I don’t really know how many greats to use) grandfather had already established himself in Canada in the mid-1700s. Within a couple generations the family had migrated south to Illinois and then my grandparents moved on to Kalispell, a small town in remote northwest Montana.

On the deYong side of the family, my greatgrandparents boarded a ship in the Netherlands and settled in Holland, Michigan, a magnet for Dutch immigrants in the late 1800s. My grandparents moved west to Kalispell, Montana. Then, during the Depression, my dad realized there was no future for him in that state, and flipped a coin to choose his new home.

It came up heads, so he headed north. He spent one summer swinging a sledge hammer and laying railroad tracks, and then spent the winter washing dishes in an Anchorage restaurant. Luckily, he was a terrible dishwasher and got fired, so he packed his bags again and headed for Southern California.

If we investigated these moves a little closer, I suspect that the travel gene may have had less influence than the I-like-to-eat-but-can’t-make-enough-money-to-buy-food-here gene.

My dad’s travel gene failed him twice. The first time resulted in that ill-advised year in Alaska. The second failure came in the very early 1940s.

He moved to rural Orange County with a bunch of his Dutch Montana buddies. They all went into the dairy business, first milking cows for other dairy farmers, then starting their own farms.

My dad rented forty acres at the angled intersection of Newport and Harbor Boulevards in Newport Beach. He had an option to buy the property for a couple hundred dollars per acre, but didn’t like the weather in Orange County. His travel gene led him to rent another farm 60 miles inland in San Bernardino.

He was a very smart man, but that was a very bad decision. Because the Orange County land he left behind is probably worth about ten million dollars an acre today.

In other words, my bank account would have about six extra zeroes if it weren’t for my dad’s travel gene.

My own travel gene has taken me from San Bernardino to Eugene, Oregon to Los Angeles to Huntington Beach to Dana Point (three different houses) to San Luis Obispo to McKinney, Texas (two houses). Despite my best intentions, I’ve never lived in a house for more than nine years before I get an itch that can only be scratched by moving.

Oh, well. I guess the travel gene is sometimes a blessing, sometimes a curse. But I’m writing this from a beautiful, hundred year old stone cottage in South Australia’s incomparable Barossa Valley, so I guess I can’t complain about the gene’s impact on me.