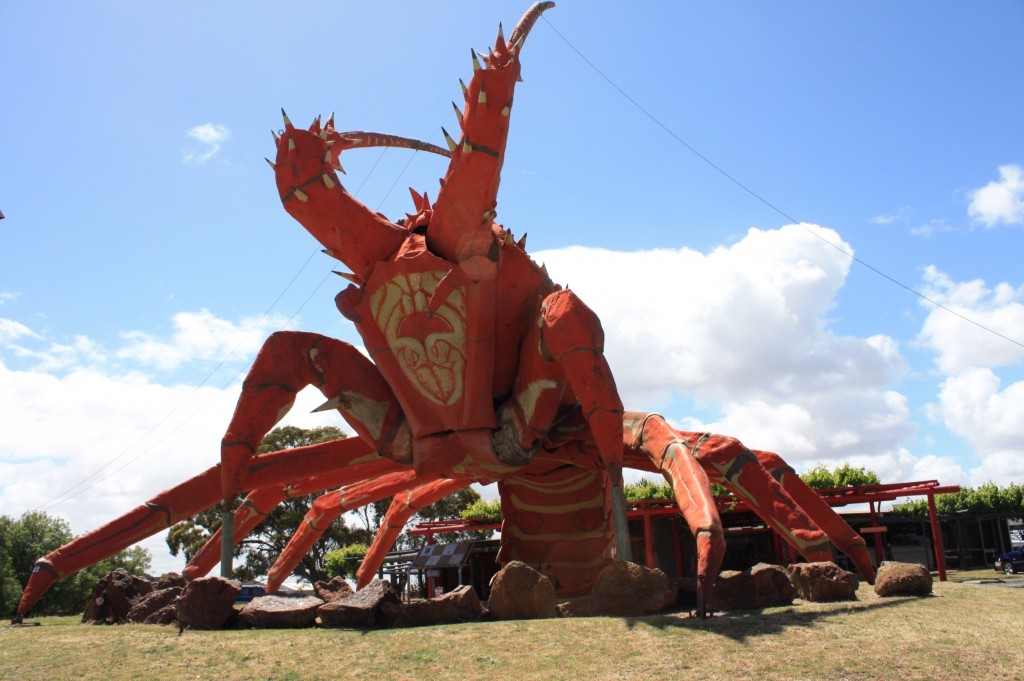 There’s a very odd thing about Australia. Well, there are actually lots of very odd things about Australia, but this post refers to one of them in particular — the way that many towns stake their claims to fame by building the giant “things” that they’re best known for.

Like The Big Lobster that towers above the road in Kingston S.E., South Australia. The region is known for its lobster fishing industry, so what better way to commemorate that than with a 50-foot tall red lobster at the city limits.

There’s a long list of giant “things” standing guard along lonely highways all across this country. We’ve seen the Big Banana, the Big Galah, the Big Pineapple, the Big Koala, and a few more that have receded into the mists of my memory.

If you look closely, Jamie’s somewhere in the shadows under one of the Big Lobster’s legs.