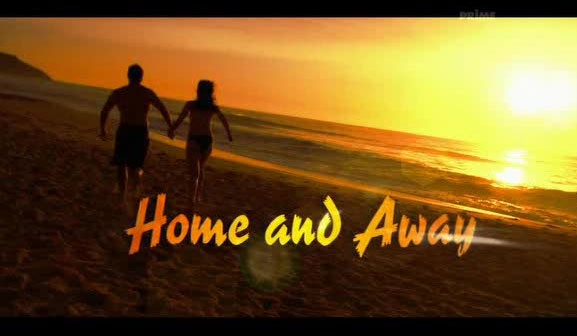 Jamie’s hooked on a nighttime Aussie soap opera called “Home and Away”. It’s all about … well, it doesn’t really matter what it’s all about because you probably don’t care any more than I do. But Jamie won’t miss a moment of the 7:00 p.m. Monday-Friday show.

The program used to have a little four-note theme song that was played as they went into commercials. She’s been singing it for years whether we’re here or somewhere else in the world. When we landed in Perth on this trip she was very disappointed to discover that they had done away with the little jingle, but that doesn’t stop her from singing it.

Please take my advice: Do not attempt to speak to her while “Home and Away” is airing. At best she will shush you and demand that you speak to the hand. At worst she will bite your head off.

But that’s not the story.

On another Aussie trip about ten years ago Jamie and I stayed in an absolutely stunning B&B that was, it turned out, owned by a gay couple. We arrived late at night and the two owners stayed up to talk to us. They poured one round of drinks and then another and the stories were soon flowing as freely as the alcohol.

Turns out that the older of the two men was a former executive (a very important executive, but I’m keeping this intentionally vague so as to not name names) with Neighbours. He had spent most of his career with the show and had seen all the big name Aussie stars come and and go before they made it big in Hollywood. His life partner was a flighty man who made a living doing what many flightly gay men do (I will not name the profession in order to continue keeping this intentionally vague).

Well, it turns out that the older man, the TV executive, was smitten with Jamie. Quite smitten, in fact. We had been driving all day and we were exhausted, but he kept pouring more drinks and telling more stories from his show business past and trying to charm Jamie. We had trouble keeping our eyes open, but continued to chat in an effort to avoid being rude.

His efforts to charm Jamie — I may as well not have been there for all the attention he paid to me — became so blatant that his partner eventually got miffed, excused himself, and stormed out of the room.

The former TV exec told us that he couldn’t wait until the next day because the four of us would have a delightful time eating breakfast together on the patio. The sun would be shining, the meal would be delicious and we would undoubtedly drink more wine from his personal collection.

Well, the next morning came and we went downstairs at the appointed hour and discovered that there would only be three of us at breakfast. The younger partner, we were told, had been unexpectedly called away by an emergency at work. Jamie and I exchanged glances and went on with brekky.

Let’s go back for a second. I told you earlier that the younger partner was a flighty man who made a living doing what many flightly gay men often do. Without telling you what that is in my on-going effort to keep it intentionally vague, take my word for it that the profession is so common that it’s become an almost unbelievable cliche.

If you’re astute enough to figure out what profession I’m talking about, you’re also smart enough to know that it’s highly unlikely that one of this man’s clients had an emergency so dire that he had to make a house call on an early Sunday morning. I’m not saying it’s impossible, but I’m sure you’d agree that it’s highly improbable.

The moment we closed our car doors and drove away, Jamie and I both laughed knowing laughs and agreed that the younger man was still pissed off about the way his older partner had flirted so blatantly with her. He had stormed out the previous night and was still in no mood to share a delightful Sunday morning repast with the object of his partner’s ardor.

But what the hell. The B&B really was stunning, the food and wine were fab, and both the younger and older man’s performances were worthy of any prime time drama.

And that brings us to the end of our Aussie soap opera story. But don’t miss tomorrow’s exciting episode of Around the World in 180 Days …