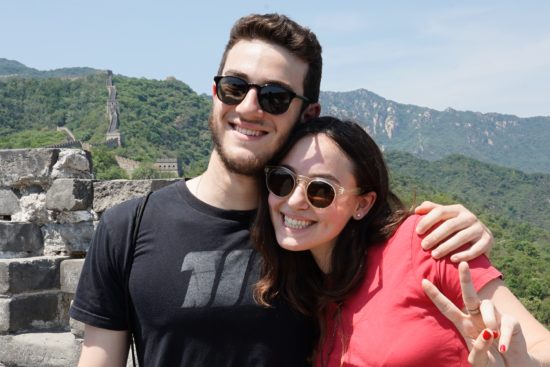 This is godson Jackie G and his sister, goddaughter Stella.

It’s almost impossible to believe, but Jack is twenty years old today. It’s also hard to believe how proud we are of him, so please allow us to brag a little.

I’m pretty sure I could have used my influence to get him into San Bernardino Valley College, my incredibly prestigious alma mater, but for reasons I cannot fathom, he preferred to attend an east coast school.

So he’s now a sophomore at Wesleyan University, one of those small, elite universities that’s part of “the Little Ivy League.” But even that’s not elite enough for our Jackie G. He was also made a teaching assistant as a freshman (how is that even possible?). As if that weren’t enough, he was also admitted into a special program that only accepts twenty students per year. And as they say in the infomercials, “But wait! There’s more.” Because it looks like he’s heading off next year to the the London School of Economics.

To be absolutely honest, we don’t even comprehend the names of the courses he takes, much less their content.

When Jack was a senior in high school, classmates were asked to make predictions about each other. A good number of them said Jack would someday be President of the United States. (I hope not, because he’s far too good to suffer such a horrible fate.) But one of the other predictions was even more spectacular:

“I predict that Jack will be a tender and sensitive lover.”

And happy birthday, too.