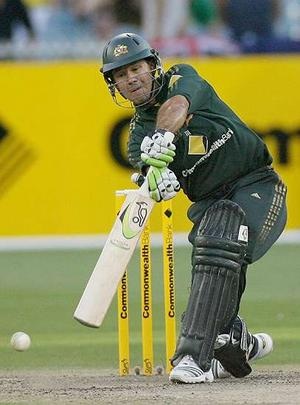 Cricket is a leisurely sport. Yes, I think leisurely is the perfect word to describe it.

The players all wear white uniforms but never seem to exert themselves enough to get those uniforms dirty. Rare moments of excitement are sometimes separated by hours of relative inaction.

Here’s how Wikipedia attempts to explain cricket: “Cricket is a bat-and-ball game played between two teams of 11 players on a field at the centre of which is a rectangular 22-yard long pitch. Each team takes it in turn to bat, attempting to score runs, while the other team fields. Each turn is known as an innings. The bowler delivers the ball to the batsman who attempts to hit the ball with his bat far enough for him to run to the other end of the pitch and score a run. Each batsman continues batting until he is out. The batting team continues batting until ten batsmen are out, at which point the teams switch roles and the fielding team comes in to bat. In professional cricket the length of a game ranges from 20 overs of six bowling deliveries per side to Test cricket played over five days.”

In baseball, one pitcher stays in the whole game and pitches to one batter after another. In cricket, one batsman can stay at bat for hour after hour, but the bowlers (pitchers) are switched after every six deliveries.

It’s played on what’s called an oval because, as you might have guessed, the playing field is oval-shaped. Unlike baseball, where most of the action takes place in one corner of a diamond-shaped field, all the action in cricket takes place in the middle of the oval and the batsman can hit the ball in any direction — forward, to the sides, even backwards. Because all the action takes place in the middle of this huge oval, every seat in a cricket stadium is so far from that action that they would all qualify as the cheap seats in an American stadium.

This is a very exciting time in the Australian sports world because Australia and England are playing a five game series for a trophy called The Ashes. These two old rivals play for The Ashes every other year and alternate the country in which they play. Coincidentally, they were also playing The Ashes series the last time we were here. The difference is that Australia had the best team in the history of the sport back then, but the English have been kicking their butts around the oval for the last few years.

Confusing as the game is, it’s also oddly fascinating, which explains why I’ll be sitting in front of the television — along with everyone else in the country — watching The Ashes for hour after hour for the next month.