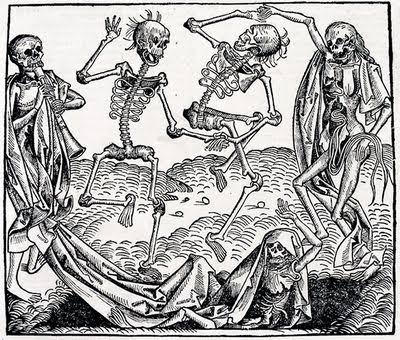 I really thought the Bubonic Plague was a relic of the past, something that had run its course and disappeared back in the Middle Ages.

How wrong I was. Turns out The Plague, which killed one third of Europe’s population in the 14th and 15th centuries, is still alive and well, and making people unalive and unwell, in Madagascar. Yes, the same Madagascar we visited a mere thirty-three days ago.

Madagascar sees cases of plague nearly every year in the rainy season.

This year is different. Instead of cases in the hinterlands where plague is endemic, the disease — which is initially spread by flea bites and was known as the Black Death in medieval times — has spread to the capital, Antananarivo, and other densely populated cities for the first time, killing 45 people and sparking panic.

By Monday, 387 cases had been reported, including 167 in the densely populated capital…

The mayor of Toamasina, Elysee Ratsiraka, said last week that the outbreak had overwhelmed the state and called on the government to seek more international help.

“Let’s be pragmatic. Let’s be realistic. We are defeated by the plague. You can leave your house today and catch the plague tomorrow,” Ratsiraka said.

Holy crap. We were not the biggest fans of Madagascar, and have already said we would never go back, but…but…but…Bubonic Freakin’ Plague?