November 21 finally rolled around. We double-checked our itinerary a few times to make sure we were really supposed to fly from Adelaide to Alice Springs on that date. We were, so we did.

The only reason we wanted to visit The Alice (as it’s called by the locals) was to see the Kangaroo Sanctuary. It did not disappoint. It was everything Jamie had been hoping for.

Our tour was conducted by Chris “Brolga” Barnes, AKA “Kangaroo Dundee,” the founder and operator of the Kangaroo Sanctuary. (Chris was quick to tell us that he was given that nickname by the producers of his BBC documentary, and seemed a wee bit embarrassed by it.) 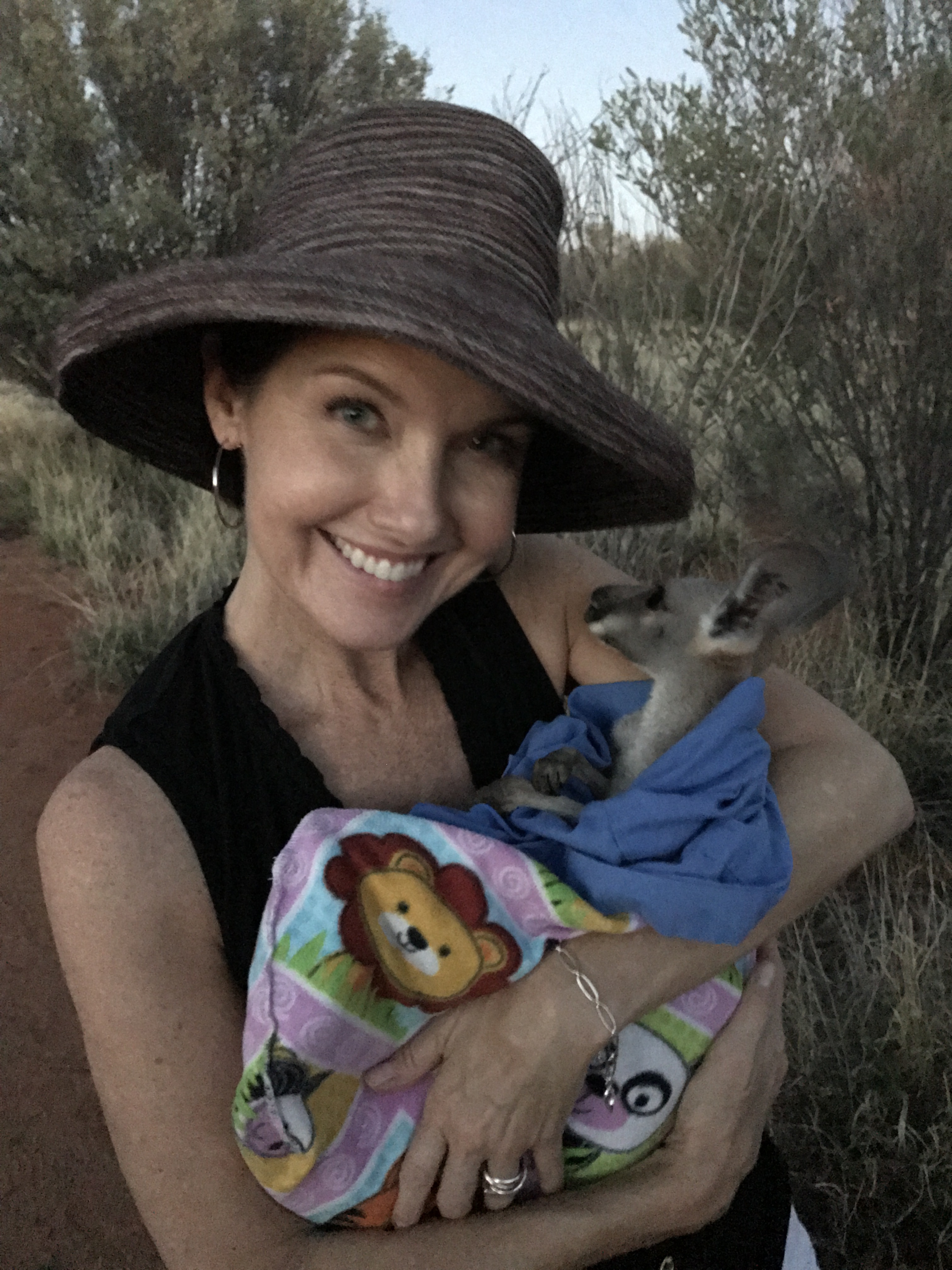 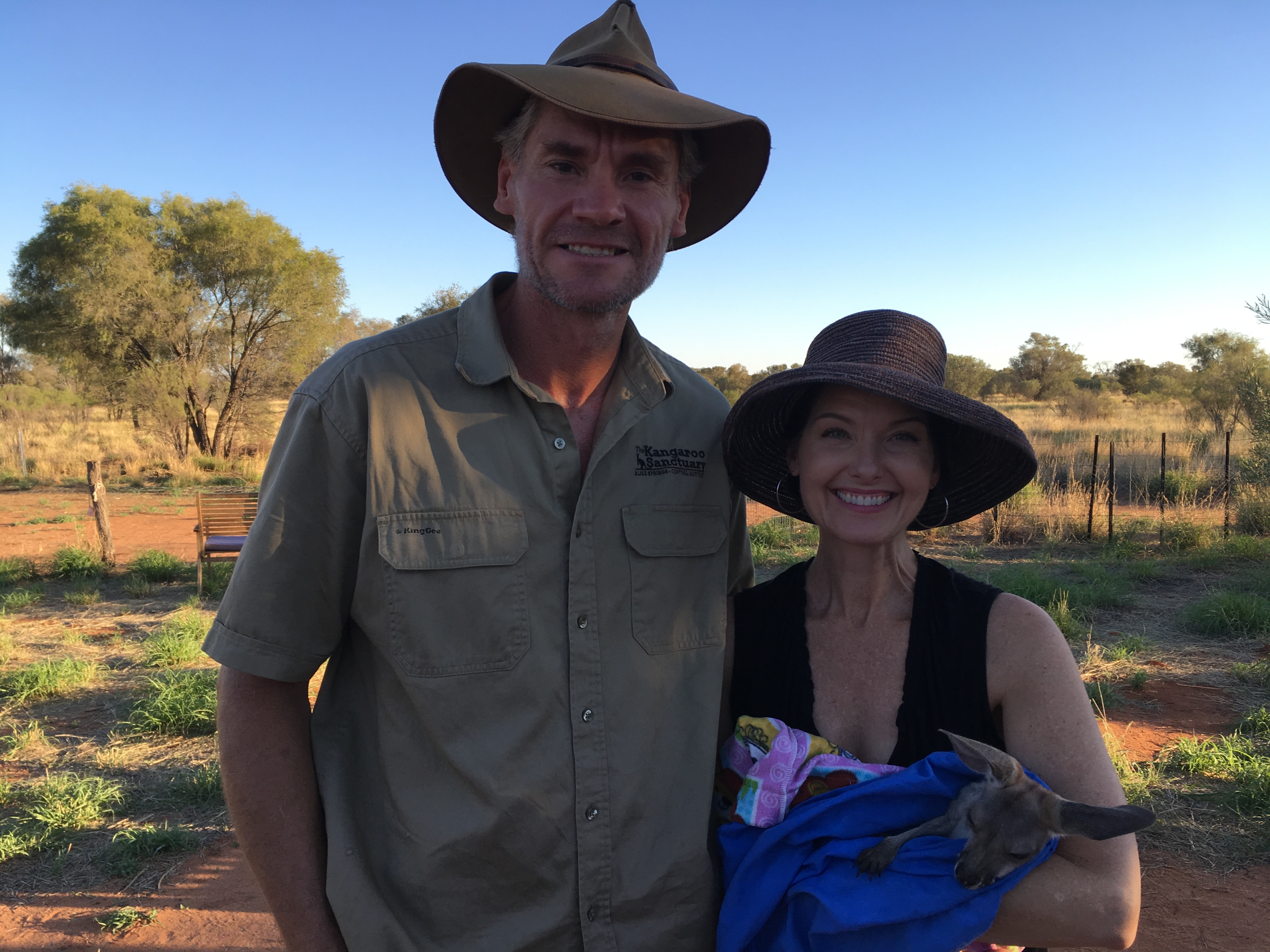 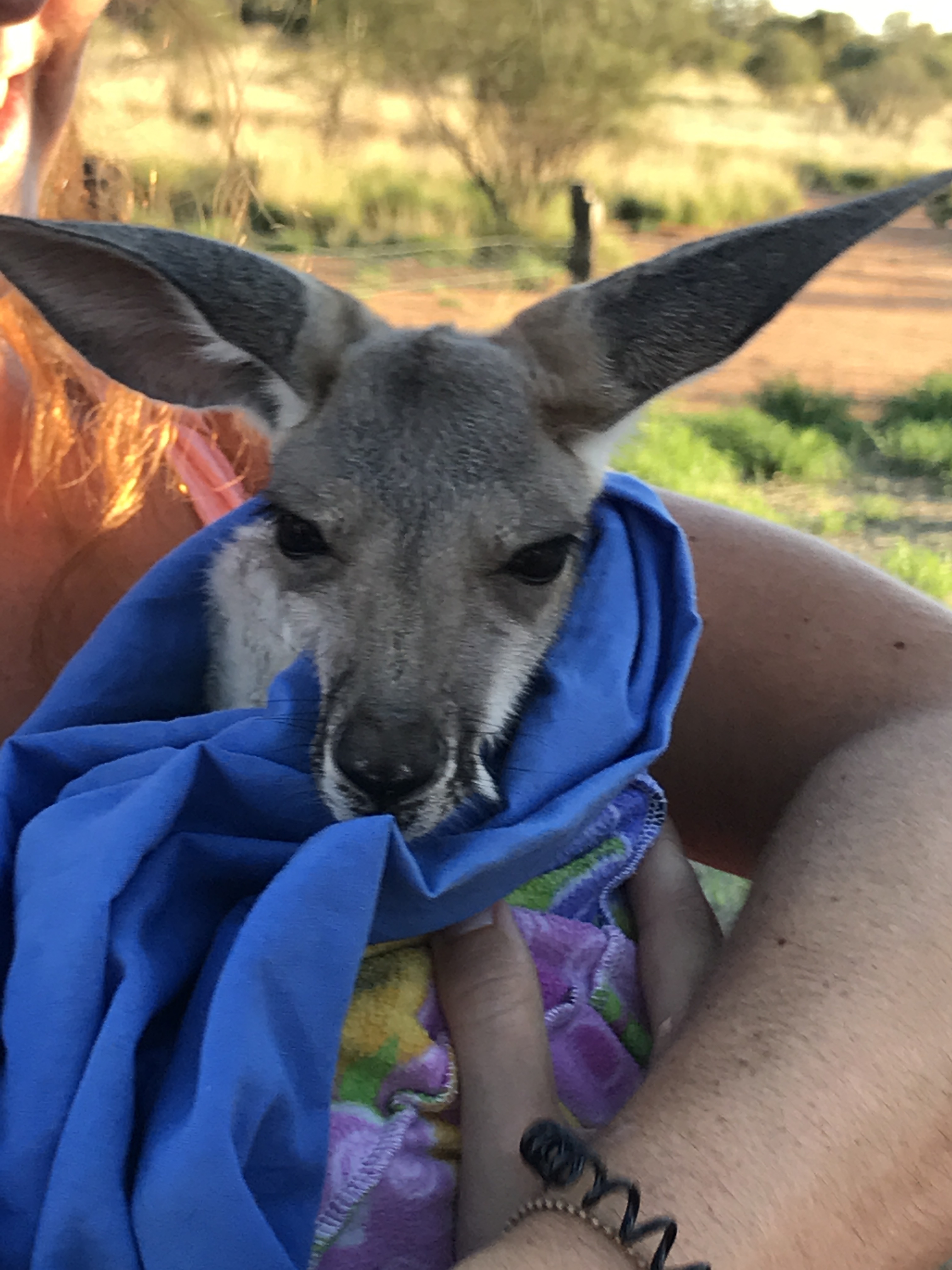 When it came time to hold a joey (baby kangaroo), Chris looked out over the twenty people in our tour group and, of course, selected Jamie to do the honors. (In the words of the immortal Gomer Pyle, “Surprise, surprise, surprise!”)

It was a wonderful evening. Chris was personable, fascinating, and absolutely charming. I would say it was worth twice the price, but that seems a bit redundant since we actually did pay for it twice.

Here are some photos: 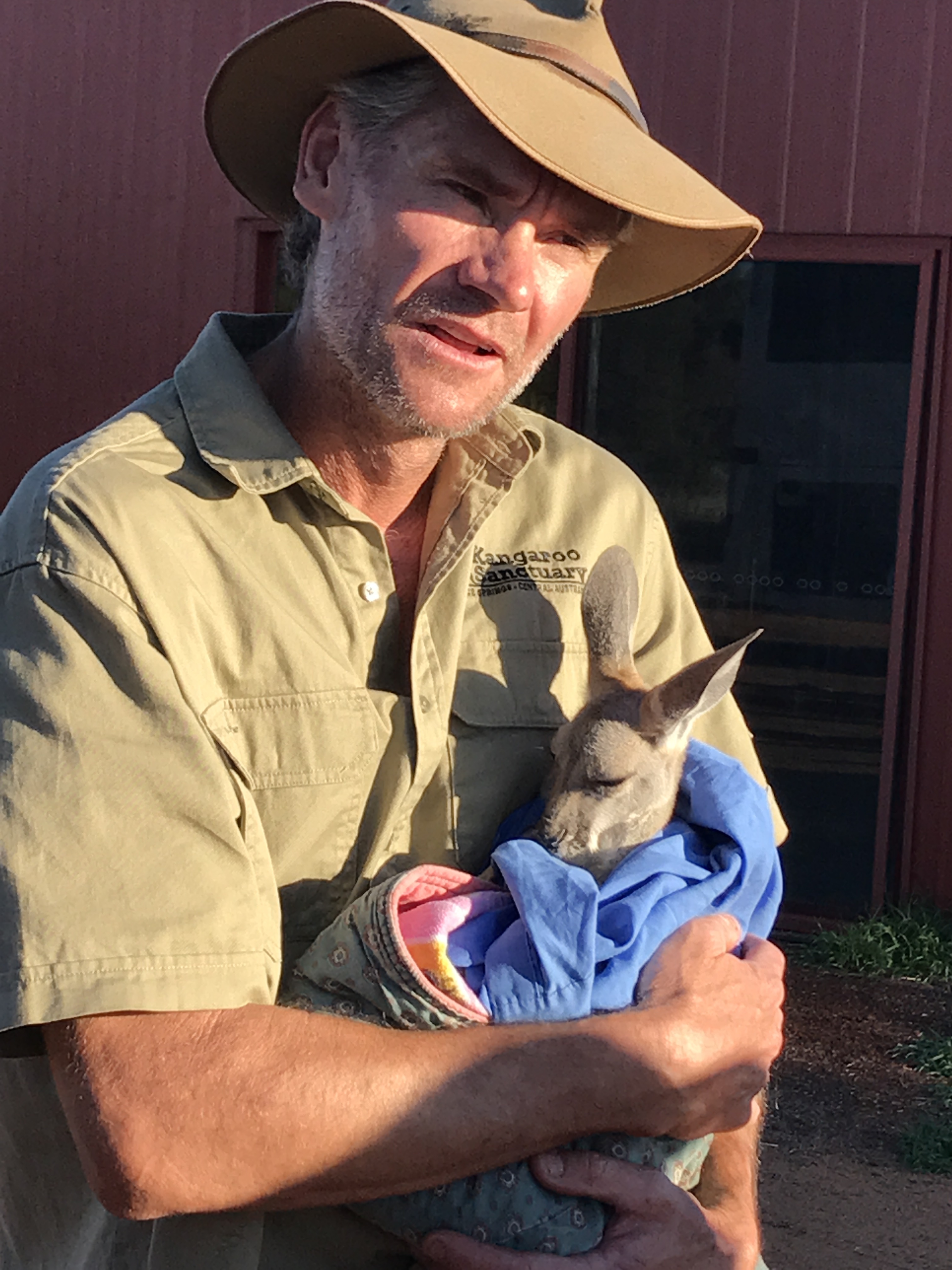 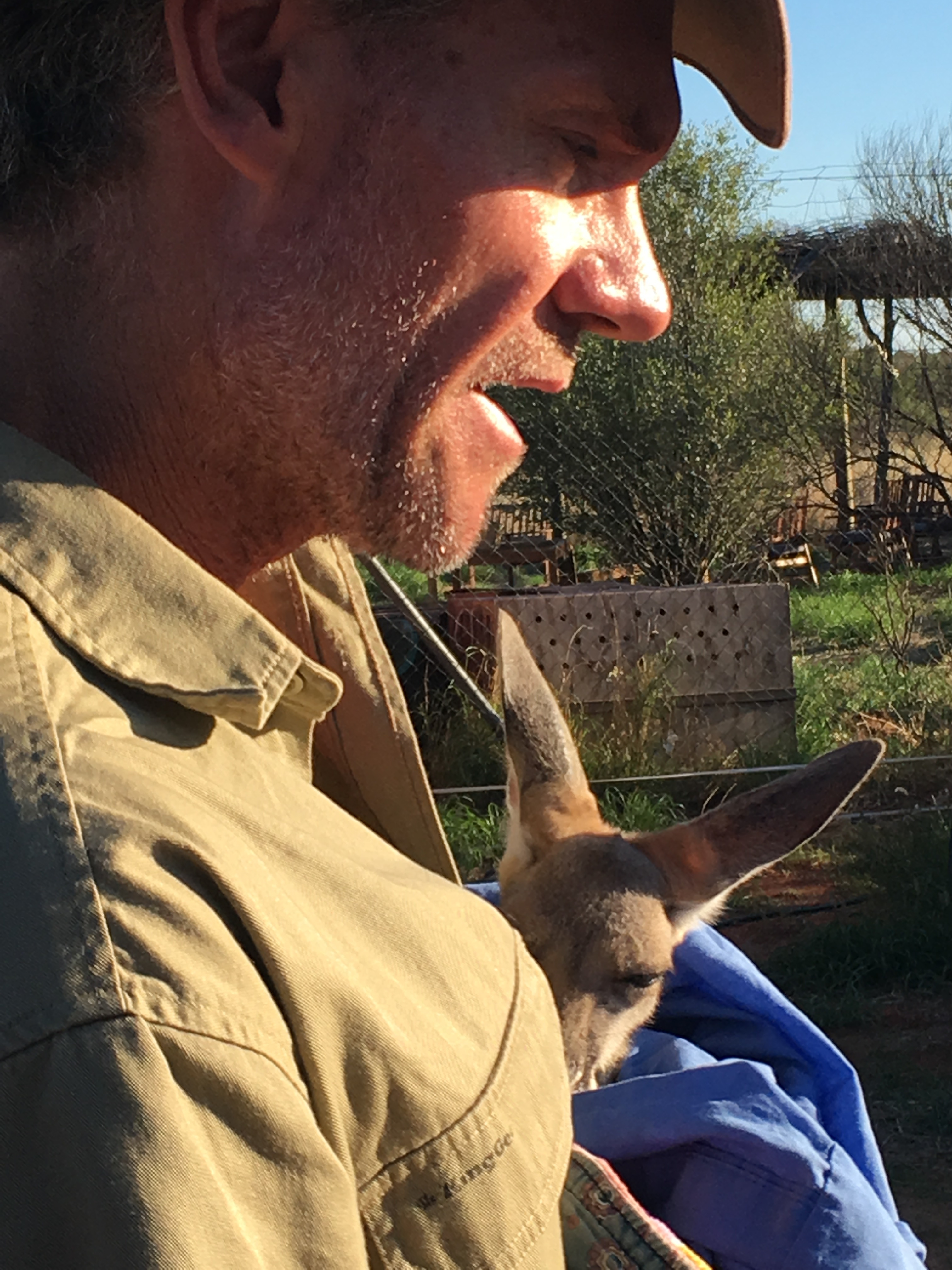 Chris has rescued, raised and released into the wild 3,500 joeys in the last ten years. That’s nearly one per day. 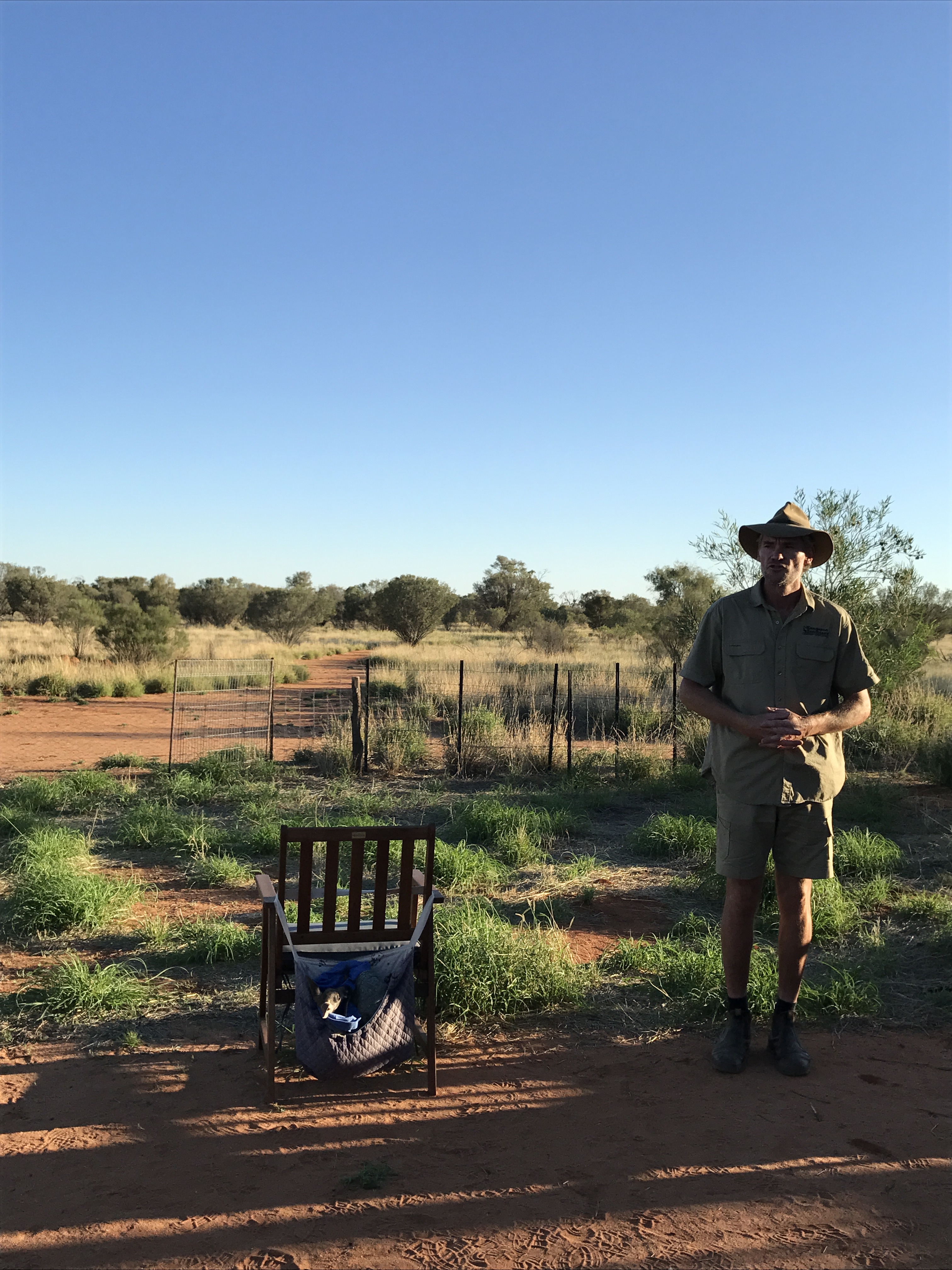 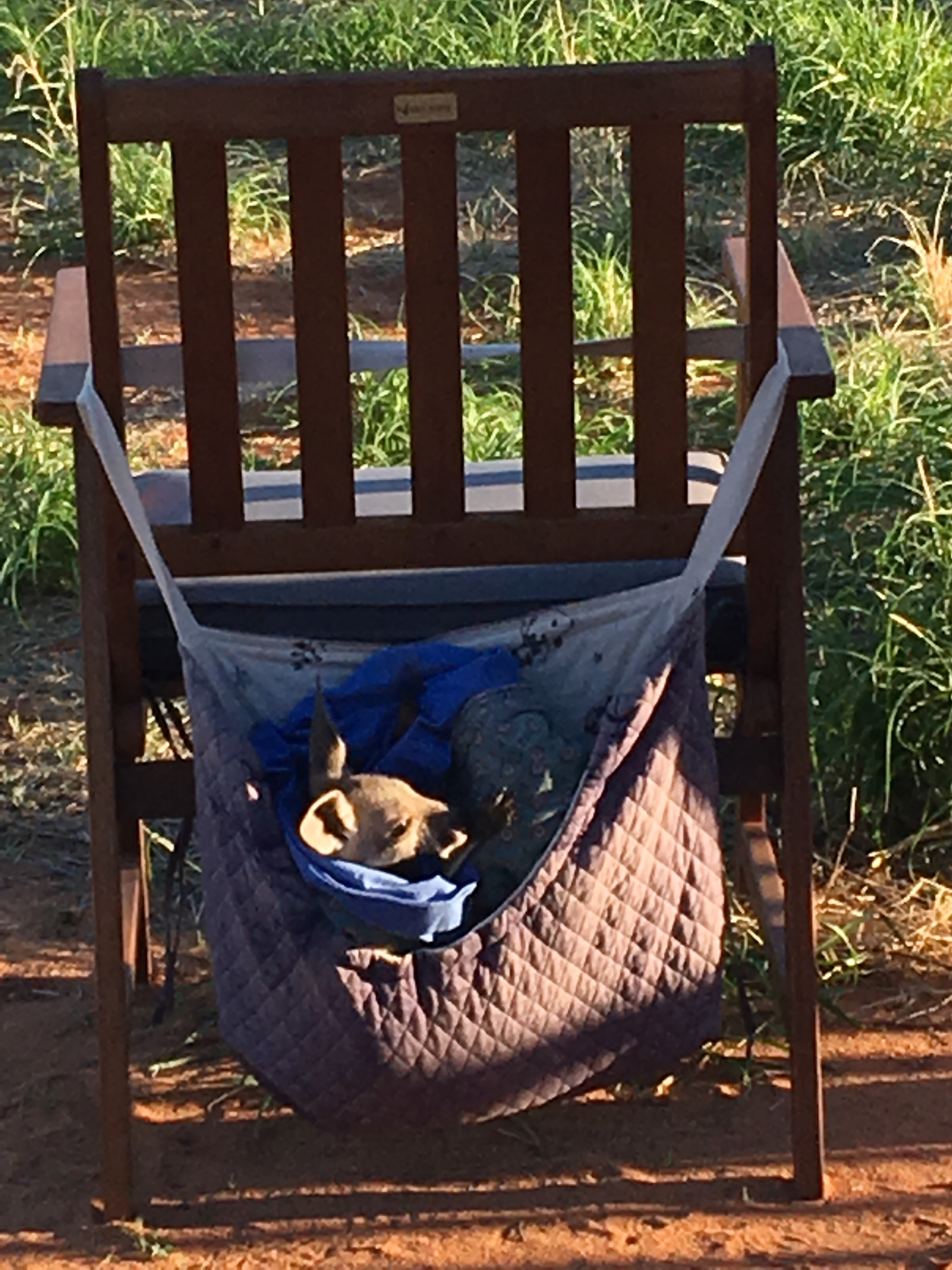 In the wild, Joeys would spend most of their time in the mothers’ pouches. Brolga is forced to be creative and keeps them warm and comfortable and wrapped in blankets and hanging in cloth bags.

He told us he has fourteen joeys “hanging around” his house right now. 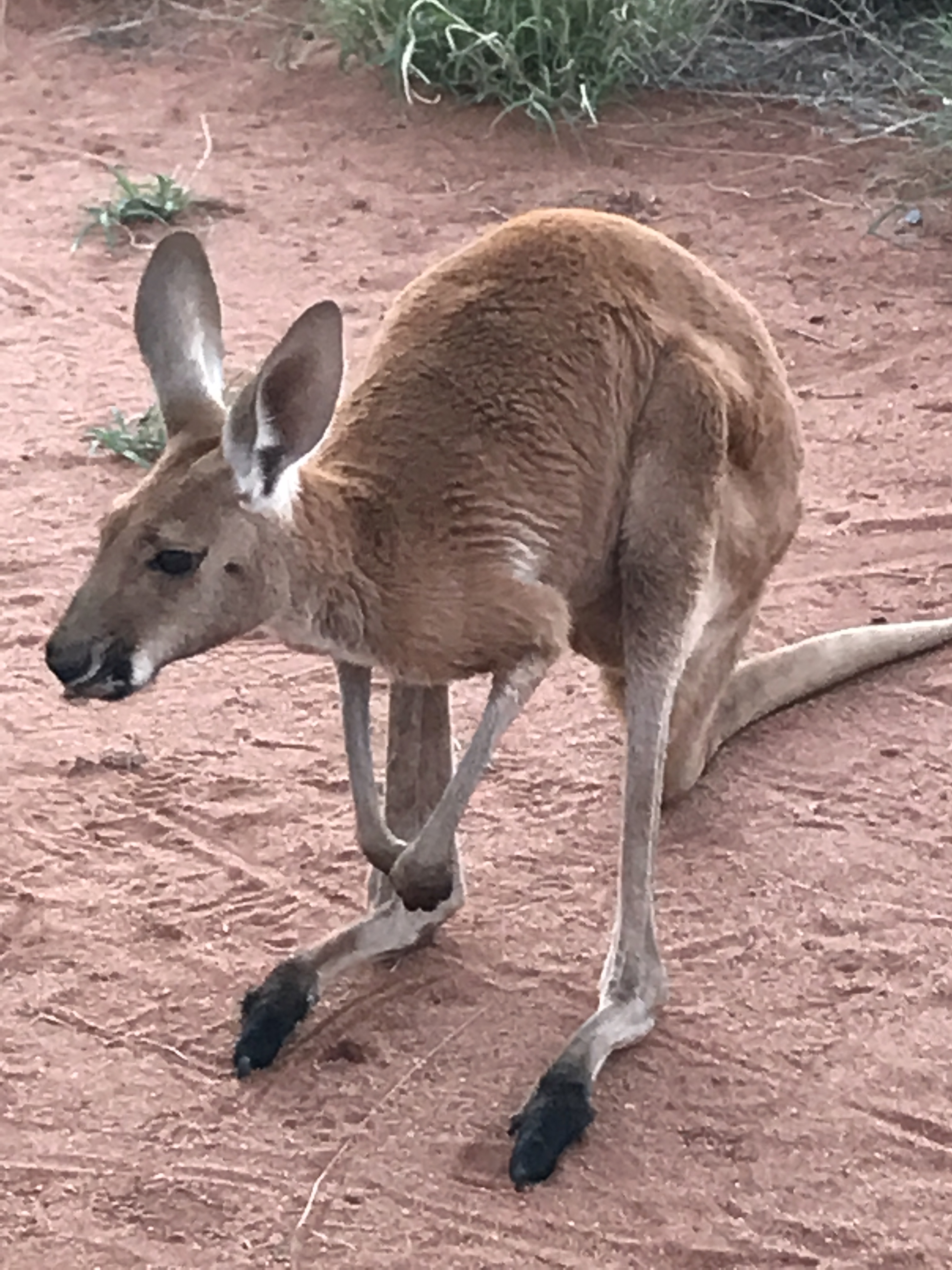 Chris’ goal is to raise all the other joeys until they’re old enough to fend for themselves in the wild. 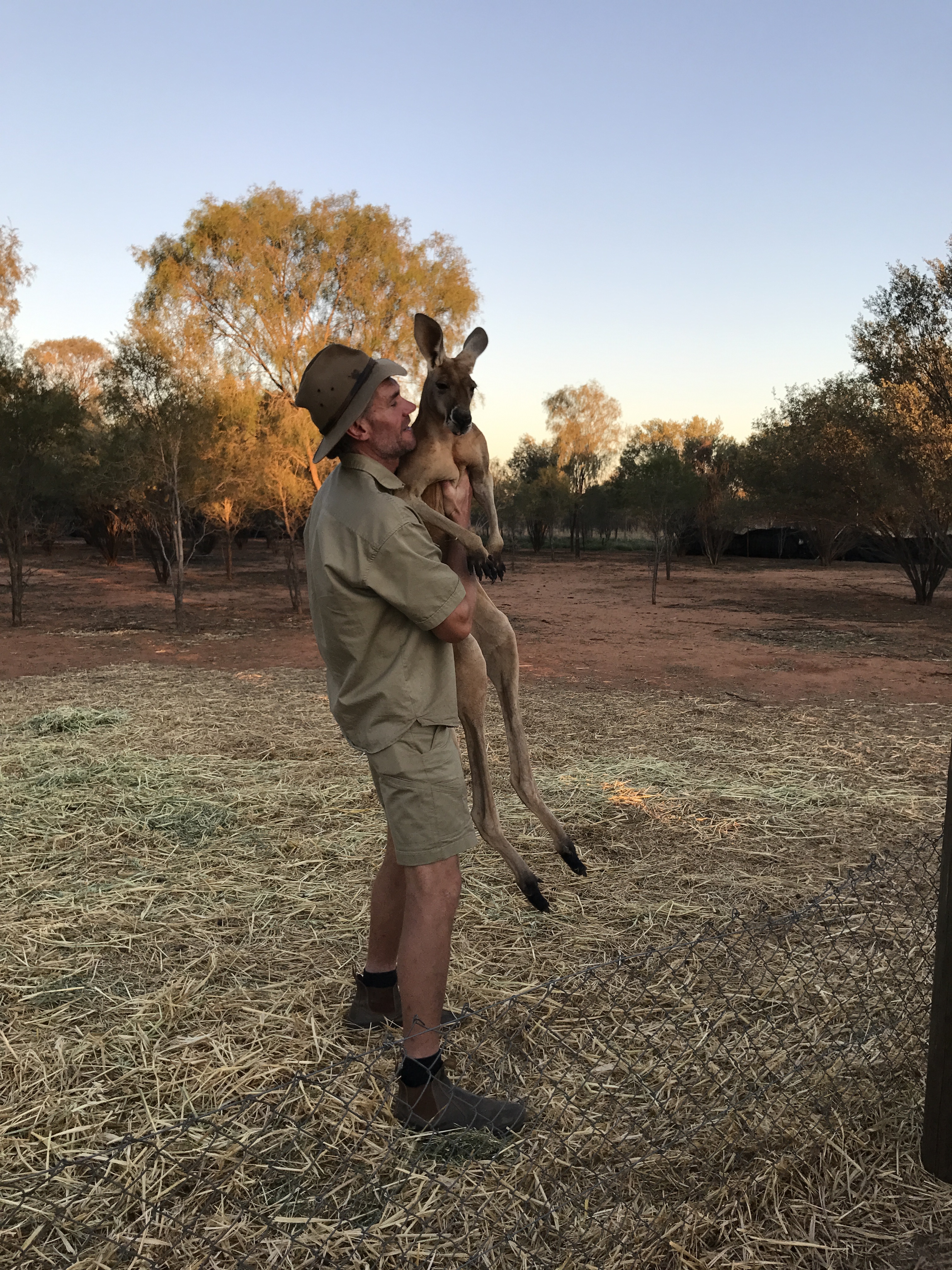 As soon as the male joeys mature, they start to get aggressive, so Chris won’t be able to carry this one around much longer. 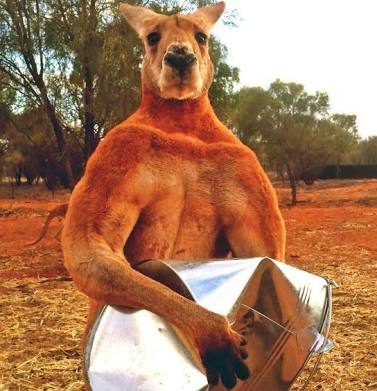 This is an authentic photo of Roger, the most famous resident at the Kangaroo Sanctuary. He crushed that bucket with his bare hands…uhhhh…paws. Look at those muscles. He looks like our godson Jack. 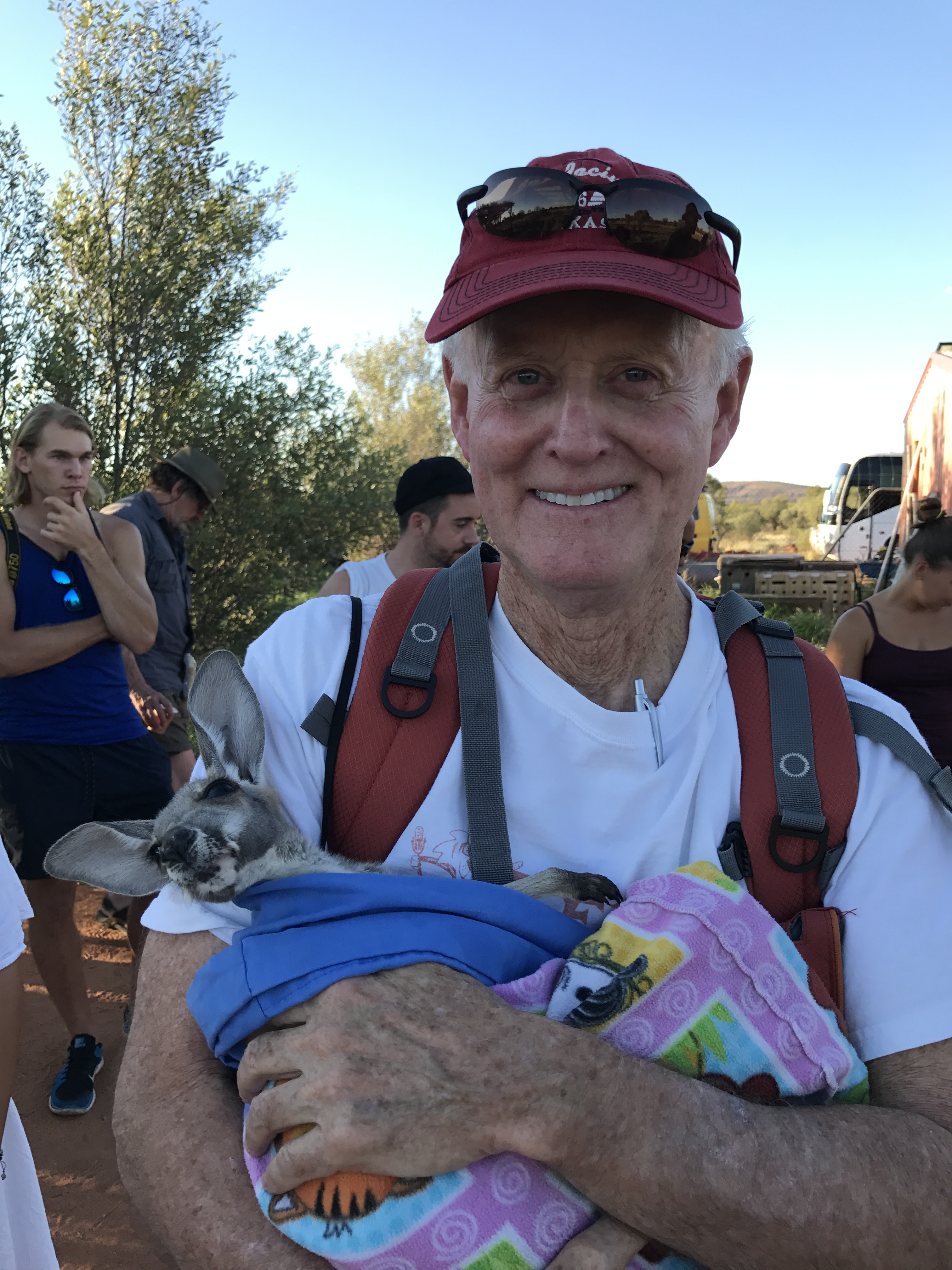 Even JimmyBoy got into the act and cuddled a baby kangaroo. 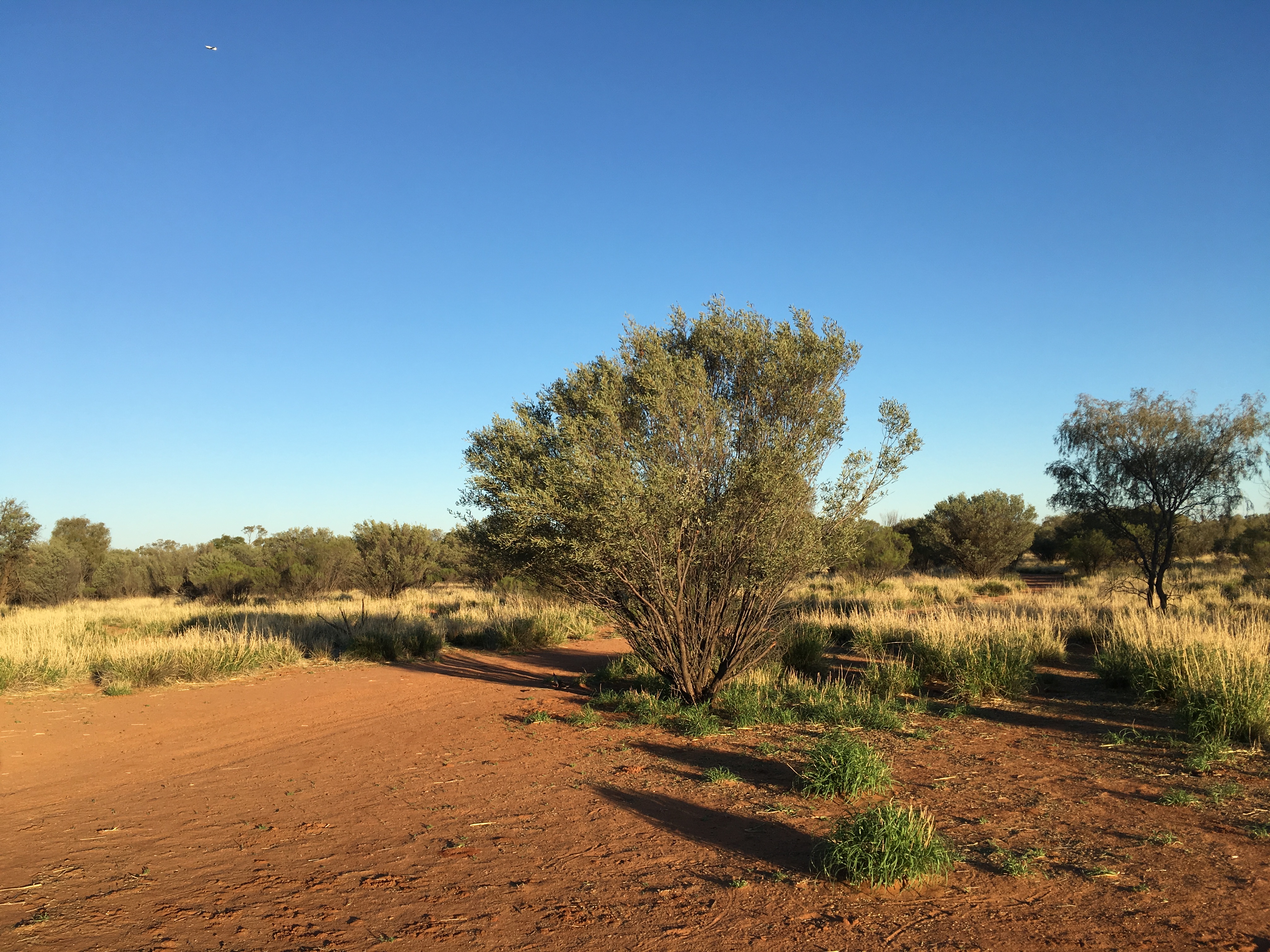 Kangaroos lie low during the heat of the day, then come out to look for food and water at dusk. So our tour began just before dusk. 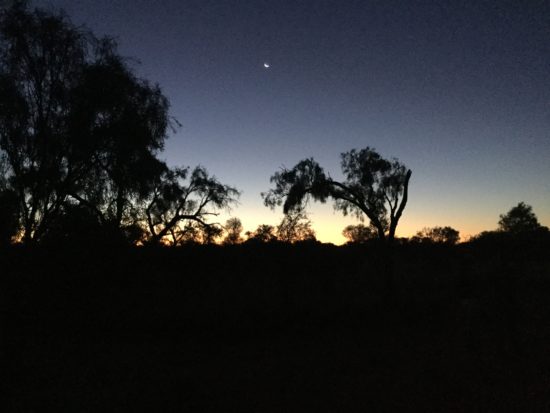 And it didn’t end until there was no sun left. Thanks, Chris. The Kangaroo Sanctuary was one of the coolest things we’ve ever seen.