I don’t mind admitting I am a Trekkie. That is, I love the original Star Trek television series. Captain James Tiberius Kirk is one of my favorite fictional characters. (Yes, I suppose the fact that I know that Captain Kirk’s middle name is convincing evidence that I’m a hopeless Trekkie.)

One of my favorite episodes was titled “The Mark of Gideon.” It was about a planet so severely overpopulated that it no longer functioned.

With that in mind, I’m about to reveal a prejudice that resides deep within my being. I’m not proud of this, but rest assured that I am man enough to confess my own shortcomings.

That’s one of the reasons I love Adelaide. It’s nothing like that episode of Star Trek. 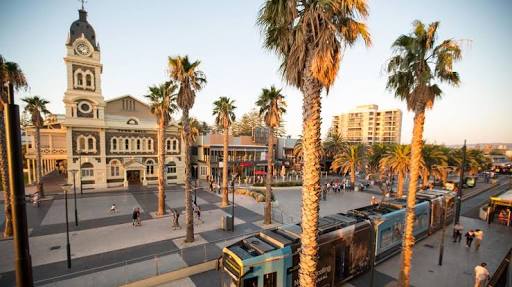 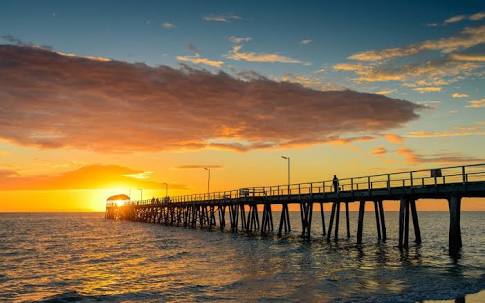 South Australia is nearly twice as big as Texas, but its population isn’t even one tenth of the Lone Star state’s. All of South Australia has only 1,700,000 people. And the population of Adelaide, its capital, combined with all its suburbs is a mere 1,300,000.

That makes Adelaide incredibly livable. It has good roads and handy mass transit. It is surrounded by huge parks, bisected by the beautiful River Torrens and bordered by miles and miles and miles of uncrowded beaches. On one hand, it does a remarkable job of restoring and maintaining its heritage buildings, and on the other hand, it encourages sleek new buildings. The city’s rush hour lasts about fifteen minutes. And, as if all that weren’t enough, it has the same kind of temperate Mediterranean climate that has drawn tens of millions of people to (and ruined) Southern California.

What’s not to love?

Let’s quickly dispense with any pretenders who might attempt to claim that they are the best city in the Southern Hemisphere.

Sydney? Surely beautiful, hugging the many bays and inlets that make up its famous harbor, but it’s really just another big city with horrible traffic and stupendously expensive real estate.

Melbourne? I’ve never understood those who insist that Melbourne is a beautiful city. It’s just Sydney without the harbor.

Auckland? Perhaps the only other city on this list that could give Adelaide a run for its money. I think of it as a mini-Sydney.

Wellington, New Zealand? Windy and cold all year long. In the words of my illustrious farmer father, “Colder than a well digger’s lunchbox.” Think of it as San Francisco minus the charm. And since it is New Zealand’s capital city, it’s filled with babbling nabobs and bungling bureaucrats.

Cape Town? The setting is stunning and parts of the city are definitely beautiful, but it’s also wracked with gut-wrenching poverty and an unimaginable chasm between the haves and the have nots. Need more? Every travel book and website warns visitors about the the city’s horrendous crime.

Santiago, Chile? An incredible setting  right at the foot of the towering Andes, but something’s missing and I just don’t know what it is. It never shows up on those lists of “most beautiful cities.” In the end, it is home to more than 6,000,000 people and that makes it just another big city plopped down in front of some spectacular mountains.

So there you have it.

The competition has been vanquished.

Adelaide, South Australia, I hereby proclaim you “The Best City in the Southern Hemisphere.”